Written by GreekBoston.com in Ancient Greek History Comments Off on Artaphernes – Famous Statesman of Ancient Greece 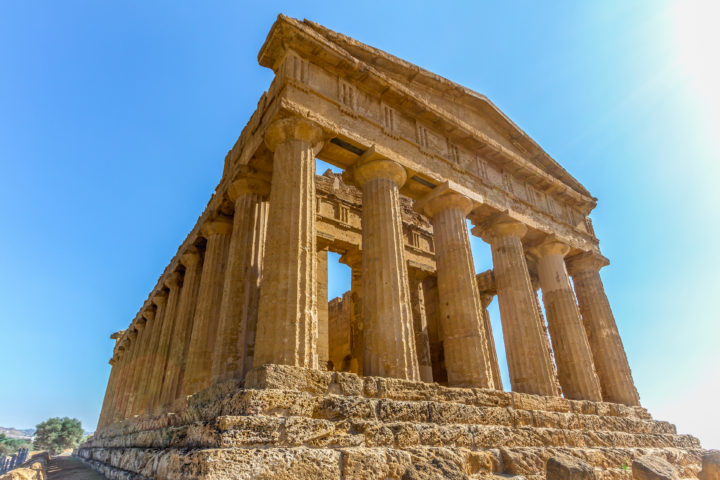 The history of ancient Greece is filled with important historical figures, each of who had an important place in history. One of these figures was Artaphernes, a statesman from Lydia who eventually had importance during the Greco-Persian Wars. Because of his actions, Lydia was propelled into the Greco-Persian Wars, which would engulf large parts of Asia and Europe for half a century. Here’s more information about him:

Artaphernes was appointed satrap of Lydia by King Darius I, his older brother, in 513 B.C. The first recorded event of Artaphernes’ governorship occurred in 507 B.C., when envoys from Athens came to Artaphernes seeking an alliance with the Achaemenid Empire against their rivals, the Spartans. As told by Herodotus, Artaphernes responded to the Athenian pleas by informing the ambassadors that if they wanted friendship with Darius I, they would have to present him with earth and water, a traditional sign of submission in the Persian Empire. After discussing the issue, the Athenian envoys did as Artaphernes requested, presenting the satrap with earth and water. Returning to Athens, Herodotus tells that the envoys met extreme disagreement from their countrymen, who rejected any submission to Persian authority.

Role in the Ionian Revolt

By far the biggest event of Artaphernes’ governorship was the Ionian Revolt. The Ionian Revolt began in 499 B.C. and was instigated by Aristagoras, the tyrant ruler of the city of Miletus, to hide his failure to conquer the island of Naxos. Aristagoras took advantage of the Ionian dissatisfaction with Persian rule to incite the conflict. Upon hearing of the revolt, the cities of Athens and Eretria sent several units of soldiers to aid the Ionians, who were ethnically close to the Greeks.

The opening of the Ionian Revolt took Artaphernes and his generals by surprise. In the confusion, Greek troops were even able to burn the Lydian capital of Sardis. As the war went on, Artaphernes’ troops eventually got the upper hand as they slowly recaptured Lydian territory. The final major engagement of the conflict took place in 494 BC at the Battle of Lade, where Artaphernes’ navy was able to destroy the Greek fleet.

In His Later Years

Having putdown the revolt, Artaphernes sought to restore order to Lydia. In order to quell feelings of resentment in the once rebellious cites, Artaphernes treated them with mercy. Nevertheless, the satrap investigated the cause of the rebellion and sought to punish its leaders. While Aristagoras died in the conflict, Artaphernes was able to arrest another of its instigators, Histiaeus. Knowing that Histiaeus, as a dear friend to Darius I, would receive a pardon for his role in the revolt, Artaphernes had him impaled and sent his head to Darius. Darius refused to believe that his friend instigated the revolt and gave him an extravagant funeral. After this event, Artaphernes disappeared from the historical record, possibly dying in 492 B.C.

Artaphernes is an individual of immense importance in the history of ancient Greece. In addition to crushing the Ionian Revolt, Artaphernes took Persia on its first steps to major war on the Greek mainland. Darius I, perceiving Athens’ role in the Ionian Revolt as a form of rebellion against his rule, initiated the first Persian invasion of Greece in 492 B.C.