Written by GreekBoston.com in Modern Greek History Comments Off on What Happened During the Greek Battle of Navarino? 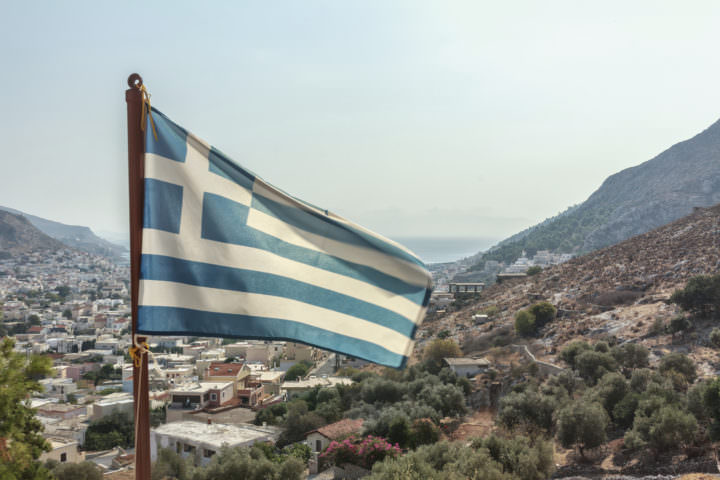 Ottoman rule in certain parts of Greece began sometime in the mid 15th century. ver the course of the next several hundred years, other parts of Greece followed. By the time Greece entered into the 19th century, most of Greece experienced occupation. The Greek War for Independence began in 1821 and the First Hellenic Republic was created in 1822. Although there were years of fighting still ahead of the Greeks by the time the war began, the ultimate result was that Greece did gain independence from the Ottomans. The Battle of Navarino played an important part in Greece’s ultimate victory.

Here’s more information about the Battle of Navarino:

Background of the Battle of Navarino

When the War for Independence first began, the Greeks did most of their fighting without outside support. However, as the war waged on, their struggle gained popular support throughout the world. After roughly six years, in 1827, the Ottoman Turks looked as if they may have successfully squashed the rebellious Greeks. With the support of the Egyptians, the Turks were able to win several important battles despite the best effort of the Greeks. However, Britain, France, and Russia would eventually come to the aid of the Greeks and ultimately, this would help Greece become victorious.

Many look at this battle as something that changed the the course of the war. The battle, which took place on October 20, 1827,  was a naval conflict between Greece, who had the support of Britain, France, and Russia, and the Turks, who had the support of Egypt. Russia was especially motivated to support the Greeks because of their shared religion, and also because Russia and the Ottomans didn’t have a great relationship, either.

Fighting the Battle of Navarino

The Battle of Navarino was actually a naval conflict. The Turkish and Egyptian naval fleet had set up a blockade in Navarino Bay, which is located in the waters by the Peloponnese. From a size perspective, the allied fleet was smaller than the Egyptian and Turkish one. However, the allies had considerably more experience and in general, were better armed. In other words, they had the necessary skill to best the Egyptians and Ottomans. In particular, the gunnery of the allied ships was far superior to the Egyptians’ and Turks’ gunnery. The end result of the battle is that the allies suffered 700 dead and wounded, and the Ottomans and Egyptians experienced 4000 dead and wounded.

Many believe that the Battle of Navarino changed the course of the war. As it turns out, the losses that the Ottoman Empire and the Egyptians suffered were too much. The war itself eventually ended roughly two years later. Total, the war itself lasted roughly 8 1/2 years. Greek Independence Day is celebrated in Greece and amongst the Greek diaspora every year on March 25th, and if it weren’t for this battle, that may not have been possible.