Written by GreekBoston.com in Modern Greek History Comments Off on What Was the National Liberation Front in Greece? 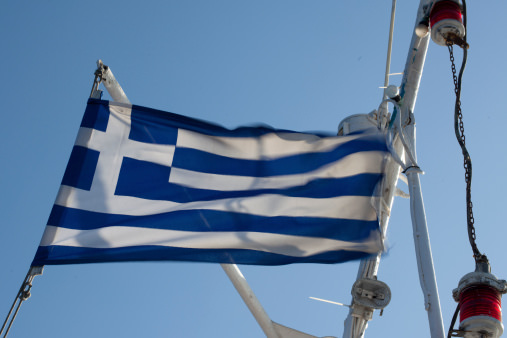 When Greece attained its independence from the Ottoman Empire, what followed was far from peaceful. Greece entered into a period of political turbulence not only internally, but on a global scale. World War II took place over one hundred years after the Greek War for Independence began, and the war itself did affect the country. In particular, Greece endured occupation by the Axis Powers, which mainly comprised of the Germans. The National Liberation Front formed in response to this occupation, and its main purpose was to resist Axis Occupation and get them to leave the country. Here’s more information abut the National Liberation Front:

During the 4th of August Regime under Ioannis Metaxas, also referred to as the Metaxas Regime, the Communist Party was banned. Not only was practicing communism highly illegal, but the main players in the party were actively persecuted and even jailed. Roughly 2000 members of the party were in the prisons of Greece, in fact, when the Axis Powers invaded Greece. Many of the party members managed to break out of prison while the fighting was occurring and for a time, they simply went into hiding.

The party members, however, weren’t content with keeping a low profile. Once they managed to escape the prisons, they first began to form the communist party once again. While they still had many of the same ideals from when they were thrown into prison, the party ended up having a much larger task during Axis Occupation. They decided to take an “Anti-Axis” stance and actively tried to gain support from other political groups in Greece in their cause against them. Over time, this newly formed Communist Party had a much larger purpose – to resist the Axis Powers and get them out of Greece.

Just a few months after the KKE, or the Communist Party in Greece, was formed, the National Liberation Front was officially inaugurated. By October of 1941, the group had declared publicly its intent of resisting the Axis Powers. As news of the EAM began to spread throughout Greece, they began to gain both support and influence. Other communist groups throughout the country began to form once again. Also, those who weren’t necessarily part of the communist party but who wanted the Axis to leave Greece also offered their support to the group.

Eventually, the EAM realized that they needed to offer armed resistance against the Axis in order to gain any ground. So, they formed ELAS, or the Greek People’s Liberation Army. This group did play a role in  By 1943, the Axis had threatened to send the Greek people to labor camps. The people were largely opposed to this, and ELAS stepped in to assist the Greek people.

Eventually, the Axis Powers did leave Greece. In general, their exist corresponded to the end of World War II, which was an Allied Forces victory. However, EAM did play a part in this, as well.