Written by GreekBoston.com in Ancient Greek History Comments Off on Collapse of the Greek Bronze Age 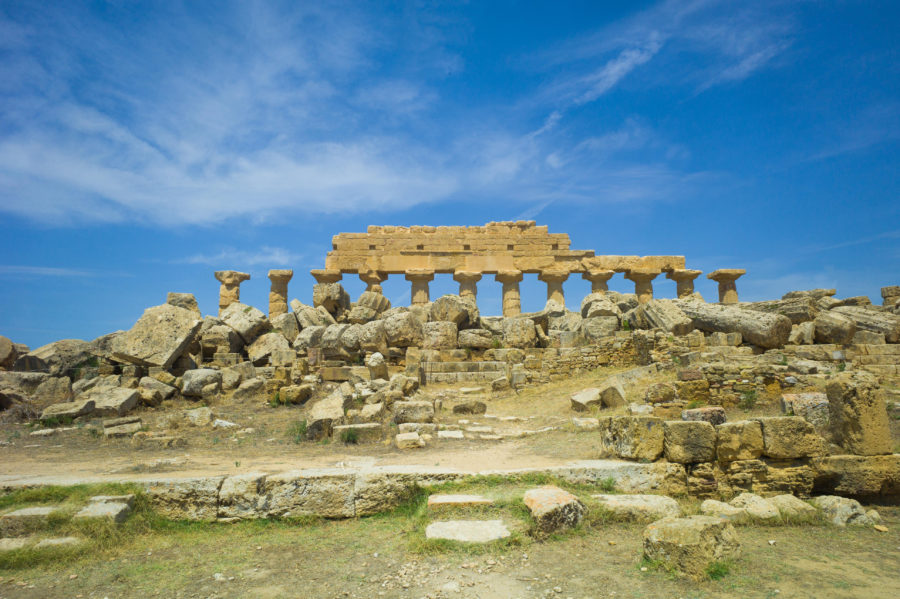 The Bronze Age was a lucrative time period for the Ancient Greeks. During these three millennia, the Greeks experience economic, technological and cultural progress. However, this time wasn’t going to last. The civilization collapsed, but what led to its demise?

The Greek Bronze Age was the first sustained period when humans fashioned metal tools and implements. While other cultures, such as those in Mesopotamia and Babylon, began working with bronze earlier than Greece, the effect of these new technologies on Hellenic peoples was important. Economic, geopolitical and intellectual changes eventually brought this prosperous time to an end. In Greece, the end came as it began. In three distinct civilizations where ascension and decline followed a similar pattern. Here’s more information:

The rocky, agriculturally unfruitful island grouping southeast of the Greek mainland is known as the Cyclades. It is here in the middle of the Aegean Sea where the Bronze Age first took hold in Hellenic civilization. The Cyclades were perfectly suited for this since they sit between Greece and Asia Minor. Settlements were small at the dawn of the 3rd Millennium B.C. and the dwellings were composed primarily of stone. Evidence of metal-work came nearly five hundred years later. Artistic and architectural unity began to appear among the islands: hand-crafted pottery soon competed with that made with a potter’s wheel. Bronze alloys came into play at this time, as well.

From approximately 2,000 B.C. to 1,500 B.C., referred to as the Middle Bronze Age, the advances and successes of this eon flourished on the island of Crete. The aquatic-themed pottery, dramatic fresco depictions and elegant gold jewelry were ubiquitous in the palace labyrinths that marked Minoan architecture. These elaborate residences–some with crude indoor plumbing–indicate the presence of either a royal or aristocratic government on the island.

By 1,500 B.C., Bronze Age headway was taking place on the Greek mainland. In turn, these Mycenaean societies began to dominate Crete and the Cyclades. Even more centralized and hierarchical, the Mycenaean states like Athens, Thebes, Sparta and Argos were also more warlike than their island neighbors. Reflecting this more consolidated approach to rule, the palace architecture of these cities was more elaborate and it centered the structure around a rectangular hall. Indications are that this served as a throne room, giving evidence of a monarchy in each of the Mycenaean nations.

Much debate surrounds the decline and eventual collapse of these cultures. Architectural evidence demonstrates the possibility of earthquake or other natural disaster befalling the palaces and their surroundings. Other authorities contend that established trade routes through the Aegean Sea made invasion more likely. As Bronze Age civilizations grew centralized, and reliance on their capitals more complete, disasters in those cities, whether naturally occurring or man-made, would have rendered the greater community more vulnerable to geopolitical predators. However, the Greek Dark Ages descended shortly after the Bronze Age collapsed.