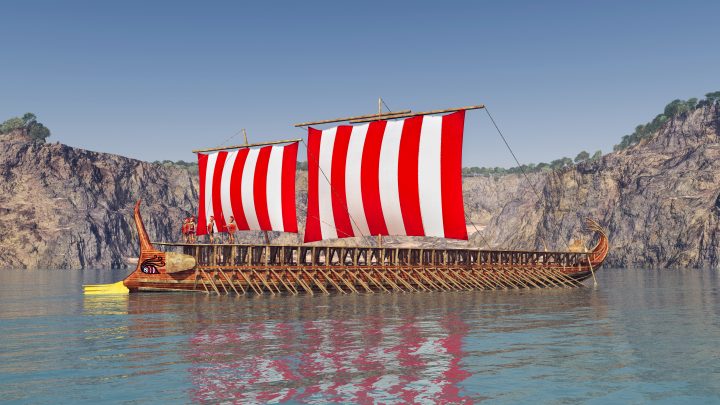 When it comes to the history of Ancient Greece, there are pivotal moments that stand out. The Peloponnesian War was one of these events. The Battle of Sybota, a naval conflict found between the city-states of Corinth and Corcyra, is considered to be one of the catalysts of the war.  These two major city-states were in conflict because Corinth, at the time, was one of the largest city-states in Ancient Greece and was trying to gain even more momentum. The ensuing battle came about as tensions developed. Here’s more information about it:

Background of the Battle of Sybota

The Corinthian colony of Corcyra did not want to be under the influence of the Corinthians. The result was a dispute with Corinth. As an enemy of Corinth, the alliance of Corcyra was with Spartan. Ten ships were sent by Athens to Corcyra for the reinforcement of the fleet. The Corcyraeans were given orders not to engage in battle with the Corinthia fleet unless the Corinthians tried to land. Xenoclides was the commander of the Corinth fleet, and made arrangements to set sail for Corcyra.

Both Corcyra and Corinth gathered their fleets as tensions began to escalate. The fleet for Corcyra were gathered under Eurybatus, Aisimides and Miciades with a base established on the Sybota islands. The Athenian commanders Proteas, Diotimus, and Lacedaimonius sailed with this particular fleet in support of Corcyra. When the Corinthian ships arrived, the Corcyreans formed the battle lines in an attempt to give themselves the advantage.

Both sides engaged javelin-throwers, archers, and hoplites during the battle. Thucydides believed these resources were old fashioned. Both sides tried to board the ships of their opponents as opposed to sinking the other fleet by ramming the ships. The result was basically a land battle fought on the sea. Since the Corinthians did not try to land, the Athenian ships did not initially fight in the battle.

The Athenian and Corcyra fleets then sailed to Corcyra to provide defense for the island. The Corinthian fleet retreated almost as soon as they arrived due to the imminent arrival of over 20 Athenian ships commanded by Glaucon. The following day, another battle was threatened by the Athenian ships if a landing on Corcyra was attempted by the Corinthians.