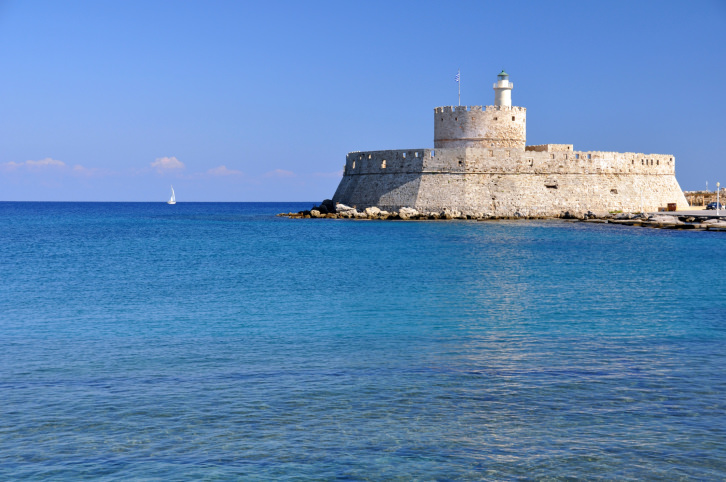 In the years leading up to the official start of World War II, most of the world, especially Europe, was in turmoil. Greece was no exception to this. Greece officially entered the war on October 28, 1940. Shortly after that, the country’s leader, Ioannis Metaxas, passed away unexpectedly. What followed after those two significant events was a several year period war where Greece endured invasion, occupation, and later  on – a civil war.

The Greco-Italian War marked the beginning of Greece’s involvement in World War II. On October 28, 1940, Italy invaded Greece following its successful invasion of Albania. Italy had hoped Bulgaria would also invade the country, but that never happened.

Greek forces ultimately proved too overwhelming for the Italian army, which forced the Germans to intervene. Originally, invading Greece wasn’t necessarily in Germany’s battle plan. Some believe that fighting with Greece was one of the reasons the German army was forced to invade Russia during the winter, for which the German troops were ill equipped.

The German Invasion, also called The Battle of Greece, began on April 6, 1941 and ended on April 30, 1941 when Kalamata fell to the Germans. The Greek army and resistance fighters tried their hardest to keep the Germans from occupying the country. However, they proved unsuccessful.

Once the Germany army managed to enter Athens on April 27, 1941 the invasion of Greece was nearly complete. Once Greece surrendered, the Germans occupied mainland Greece.

The Battle of Crete

After Germany defeated and occupied mainland Greece, the fighting was moved to the island of Crete. Strategically, Crete was an ideal island for the Germans to occupy. Control over Crete would give the Nazi army a launching point for other attacks in the region.

So, on May 20, 1941, Germany officially attacked the island by targeting the airfields. If the Germans could control the airports, they would stand a good chance of eventually gaining control of the island.

After one day of battle, things did not look promising for the Germans. Crete actually had some help from the allies. However, after the initial victories, Crete eventually fell to the Germans. On the second day of battle, three of the airfields surrendered to German control. The rest of the island followed.

Though the Germans did gain control of the island, the German paratroopers suffered a lot of casualties. Also, the Cretans did not take occupation by the Germans lightly. Resistance fighting continued in an effort to encourage the Germans to leave the island.

Once World War II ended, the Germans withdrew from Greece. However, events from the fighting and from the war left the country in shambles both physically and economically. What followed was a period of discontent that eventually leads to the Greek Civil War. This war began in 1946 and ended in 1949 and basically pitted the army that was backed by Great Britain against a communist army. Eventually, the communist party lost.

World War II affected all of Europe, and Greece was no exception. After the war was over, however, is when Greece’s real problems began as they entered into Civil War. After three years of fighting, those in support of democracy in Greece successfully defeated the Greek Communist Party.