Home > Greek Culture > Ancient Greek History > What is the Peace of Antalcidas?

Written by GreekBoston.com in Ancient Greek History Comments Off on What is the Peace of Antalcidas? 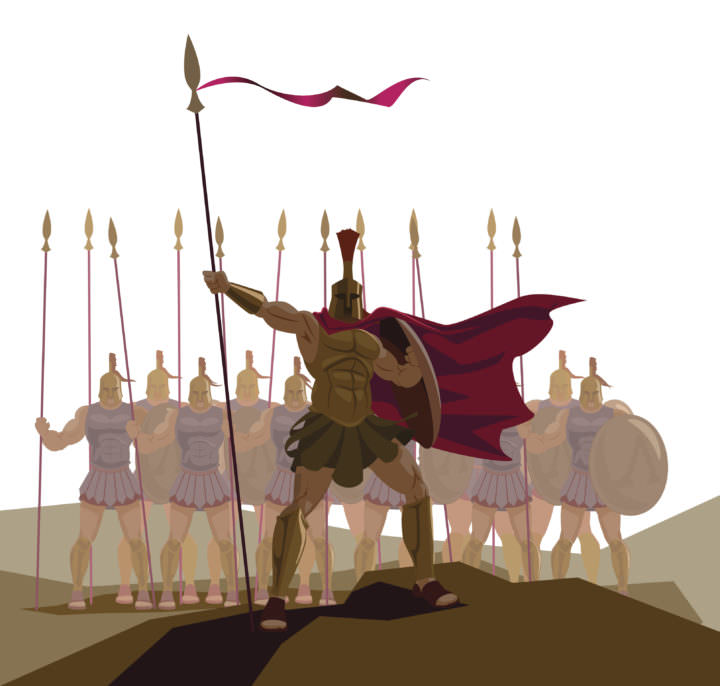 The Corinthian War paired two sides of Ancient Greece against each other, and the two main players were Sparta and Athens. After eight years of fighting, the war finally came to an end because of a peace treaty. Here’s more information about what this treaty is and how it came to be:

Peace After the Corinthian War

It’s true that the Peace of Antalcidas, also known as the King’s Peace, was the treaty that put a stop to the Corinthian War. Essentially, this war was fought between two sides – Sparta and a coalition of Greek city-states, including Thebes, Athens, Corinth, Argos. At first, these city-states had the support of Persia but over time, the conflict escalated to one that focused exclusively on the rivalry between Sparta and these states. The conflict dragged on, and eventually the two sides ended up negotiating the treat.

Background of the Peace of Antalcidas

Usually referred to as the Peace of Antalcidas, the treaty is also known as the King’s Treaty because that is what the King of Persia called. To King Artaxerxes, this treaty represented the influence that Persia had over some of the city-states in Ancient Greece. Initially, Persia had chosen to financially support the coalition of city states in order to prove that Ancient Greece as a whole could fall under.

However, after seeing the strides that Athens was making concerning exerting control in the Aegean Sea, the Persians began to withdraw their support. Persia then decided to support Sparta instead, and as a result, they threatened to provide ships, soldiers and monetary aid to the Spartans. The threat of a Persian and Spartan alliance brought the Athenians and their allies to the negotiating table.

The Peace of Antalcidas dictated that Persia was the owner of Cyprus and Ionia, and that Athens would be forced to give up their gains in the Aegean region. In essence, Persia asserted its rights over the Aegean Sea. The treaty also said that all Greek cities (with the exception of a few) must be independent. This put an end to the political joining of Argos and Corinth, which Persia believed posed a threat to them. Sparta was named as the guarantor of the treaty and they were given the right to punish those who weren’t compliant.

Aftermath of the War and the Treaty

In effect, the treaty was a massive demonstration of the Persian empire’s might, and set up a political system at which Sparta was unquestionably at the top in Greece. However, the peace created by the treaty didn’t actually last for long. Both the Persians and the Spartans made use of their strengthened position to increase their territories and punish enemies. Persia expanded throughout the Mediterranean, capturing Cyprus and taking Egypt as well. Sparta broke up cities and leagues which it perceived to be against its interests.

The Peace of Antalcidas marked one of the high points of Persian power in Greece, as well as a moment in which Sparta held advantage over Athens and other Greek cities. It was one of many moves in a long series of wars for control over the Aegean region between Persia, Athens, Sparta and other regional powers.