Home > Greek Culture > Ancient Greek History > What is the Classical Era of Greece?

Written by GreekBoston.com in Ancient Greek History Comments Off on What is the Classical Era of Greece? 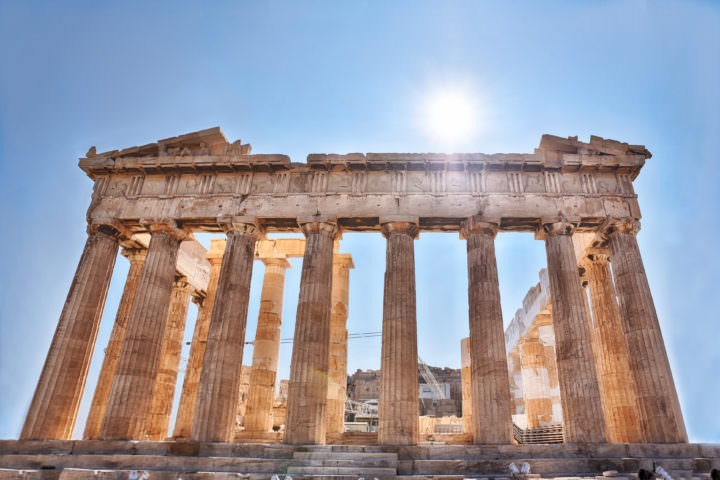 The period of the Classical Era of Ancient Greece is defined as the time that occurred from the 5th to the 4th century BC in Greek culture, taking place over about a 200-year period. This was an era that created a foundation for western civilization since most of today’s political structure, scientific thinking and artistic thought got their start during this era. This time of Greece’s ancient history was also when the Sicilian Wars occurred. Here’s more information:

When Sparta was first started, they were ruled by what was known as a diarchy. This means that the city always had two kings in charge. Both kingships were hereditary, coming from the Agiad dynasty and the Eurypontid dynasty. Legend says that the two lines were derived from Procles and Eurysthenes, which are supposed descendants of Hercules. According to rumors, these two rulers took over Sparta two generations following the Trojan War.

Spartan troops aided the Athenians when they decided to overthrow King Hippias in 510 BC. King Hippias became king through Spartan oligarchy, but when Cleisthenes, a major rival of King Hippias, decided to take over, he received support from middle class citizens as well as democrats. Once Cleisthenes took charge of Sparta, the city’s residents enacted equal rights for all citizens, which were only men at the time.

Power shifted back and forth between the Persians and the Greeks. The Persian Empire overtook the Greek cities of Miletus and Halicarnassus around 499 BC. The Greeks attempted to fight back, but they were defeated following the Battle of Lade in 494 BC. A few years later, Mardonius, a successful Persian general, took Thrace and Macedonia.

Darius the Great attempted to rebuke the Greeks in 490 BC. He sent troops to overtake Athens, but the Greek army was stronger and held its ground. In 480 BC, Xerxes, the successor to Darius, tried again. At this time, the Persian army gained control of Thrace. Following this victory, the army moved onto Thessaly and Boeotia while the Persian navy sailed the coast to resupply the army’s ground troops. At the same time, the Greek fleet made a move to block Cape Artemision. Xerxes moved his men into Attica, overtaking and burning Athens.

The ensuing Battle of Artemisium brought about the capture of Euboea, giving most of Greece’s mainland to the Persians. However, the Athenians had left Athens and were able to defeat the Persians during the Battle of Salamis.

Fall of Sparta Occurred in This Time

Military involvement featuring Carthage in Sicily started in 409 BC with Hannibal, a Carthaginian general, landing his army close to Marsala, establishing a Carthaginian stronghold. At the time, the Greeks held Syracuse. This is located on the other side of the island. Power fluctuated between the two sides through a series of wars.

Another battle, the Peloponnesian War, put Sparta in control of Greece, but this was short-lived. In 405 BC, the Spartans had all the power. However, once the century came to a close, they were unable to maintain control of the city.

Greece’s classic era is filled with wars and bids for power. Many leaders rose and fell during this time. It was also an era in which middle class citizens discovered that collectively, they could bring about change.