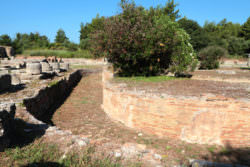 Did you know that the Olympic Games actually originated in Greece? Most of us do know this, but they’re unaware of the history of these games and exactly why we have taken up the tradition in our modern time. Here is some information that will give you a historical background behind this competition:

About the First Olympic Games

The first Olympic Games occurred around 776 BC in Olympia in Ancient Greece. These games were dedicated to the Olympian gods. Instances of the games occurring have been documented over the next twelve centuries. They stopped in 393 AD when the Emperor Theodosius banned the games because they were part of the pagan belief system. Like the modern games, the Ancient Olympic Games were held every four years. There were multiple events at these games including running, diskus throw, jumping pankration, wrestling, boxing, and even equestrian events. People from all over Greece would meet to compete with one another, and even if city-states were at war with one another, they always put aside their differences for the games.

Games Were Held in Ancient Olympia

The Ancient Olympic Games took place in Ancient Olympia, and the ruins of the event facility are still standing today.  Olympia, which is on the Peloponnese, was a center of worship for the Ancient Greek deities, especially Zeus. The area housed multiple temples, shrines, and other religious sites. Much of the site at Ancient Olympia has been dedicated to Zeus. In addition to there being a place for the athletes to compete, there was also a temple dedicated to Zeus and also another one nearby that was dedicated Hera, Zeus’s wife. The games were held to honor the king of the gods and to also help people celebrate their own atheticism while also bringing honor to their city-states.

One of the things that the games served to accomplish is that they unified Greece. Even though the games were dedicated to the Olympian gods, they weren’t associated with a particular religious rite. Rather, they are looked at as a celebration of health and vitality. In a way, they served as a way to unify Greece, which, at the time, was broken up into independent city-states. Each city-state would send its best athletes to compete. 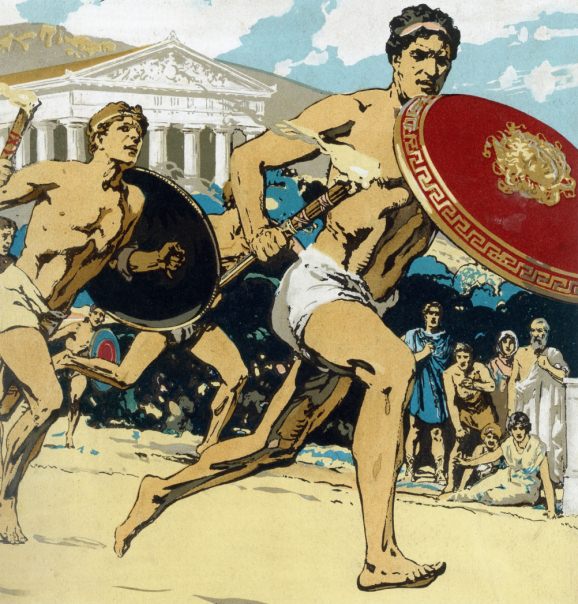 Ancient Greece was far from peaceful. The city-states were often at war with one another. However, every four years, the Olympic Truce was enacted which allowed for safe travel to and from the games. This helped promote good will and healthy competition between the various city-states.

However, the games were also highly political. Though fighting was usually suspended for the game because of the truce, the games were another way for the city-states to show dominance over their rivals.

Winning the competitions was a big deal not only for the athlete but also the city-states the athletes represented. So, the victory celebrations were also a big deal. Typically, there was an elaborate award ceremony at the Temple of Zeus in Olympia. The ceremony would take place on the last day of the Olympic Games, just as it is today.

As you can see, the Olympic Games were a big part of the culture of Ancient Greece. If you were a top athlete and you won your competitions, you brought honor and pride to your city-state. Today, the Olympic tradition continues as athletes from all over the world compete to become the best in the world.