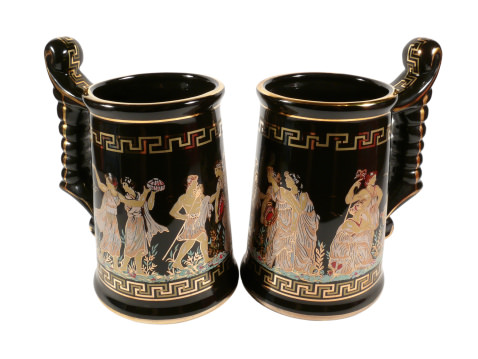 There is no doubt that wine was probably the most popular beverage in Ancient Greece. It was so important to the culture, in fact, that they had an official God of Wine, Dionysius. However, wine wasn’t the only fermented beverage in existence during the time of the Ancient Greeks.

The ancient cultures in China, Iran, Egypt, and Northern Europe all had beer thousands of years ago. In fact, it is the Chinese who have the honor of being the first producers of beer and they’ve been brewing it since 7000 B.C. Given its prevalence throughout the world, why is it that the Ancient Greeks aren’t really associated with beer?

Beer is an alcoholic beverage that is the result of fermenting various grains, such as malt and barley, with yeast. The end result is a beverage that has a distinct, yeasty flavor and has a noticeable carbonation. Some beer makers let the fermentation process create the carbonation while others add it in. This beverage wasn’t that much different in ancient times because it still involved the fermentation of grains.

Beer Traveled Throughout the Ancient World

By 5000 B.C, the Ancient Egyptians were amongst those who brewed and drank beer. At this point, the beverage did travel to Greece. Some evidence does exist that suggests that people were brewing beer in Greece for thousands of years. It is highly possible that they drank beer produced by other countries. Despite this, it seems that wine was the more popular beverage.

Demeter is the Ancient Greek Goddess of the Harvest. Each year, around the time of the biggest harvest, the Greeks would hold a large festival. At this festival, there is evidence that shows that the Greeks did drink beer at occasions such as these. Imported blonde ale was a particular favorite at this particular festival.

Did Beer Ever Become Popular?

Yes, people did know about beer in Ancient Greece. However, it never really achieved the kind of popularity that it did in other places such as Northern Europe. In fact, Greeks much preferred wine and since beer was associated with Northern Europe, the place where “barbarians” lived, the Greek people had a difficult time enjoying a beverage created by these people.

Not only did the Ancient Greeks prefer their wine, they also considered beer to be an inferior beverage. Once beer traveled to Egypt, the knowledge of how to brew it was passed along to the Greeks, who then passed it along to the Romans. However, it was looked at as a “low-class” drink because it was fairly easy to make and a little bit too expensive.

Even though there have been archaeological sites that have shown evidence of beer drinking and storage, proof of its existence in Greece also exists in literature. Xenophon, for example, mentioned beer in his Anabasis. Sophocles also mentioned beer but only in the context of staying away from it.

Yes, there was beer in Ancient Greece. However, it wasn’t considered a high quality beverage in the same way that wine was. 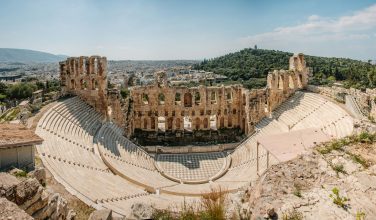