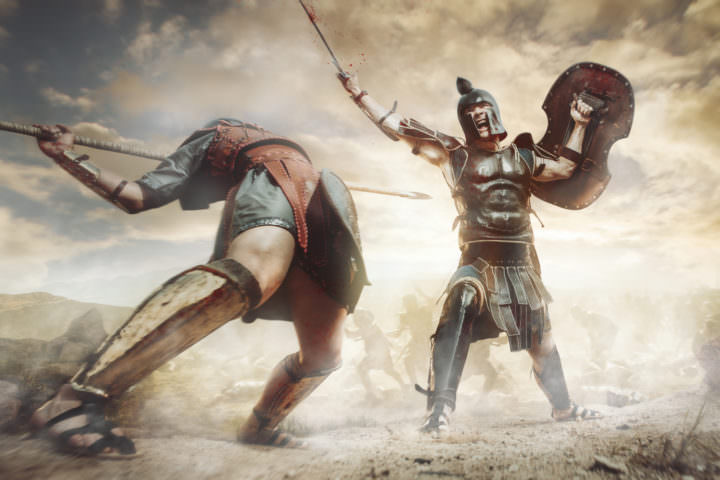 Sparta was a society of warriors that existed in ancient Greece. At just the age of seven, boys would enter a rigorous military training program. Although the Spartans were great warriors, they were defeated by Thebes in 371 B.C., and only declined from this point in time. Here’s a look at the three main events that led to the fall of Sparta:

In 378 B.C., Sparta had full control over Thebes. However, Thebes did not go lightly, and began to revolt since they knew there were more people of Thebes than Spartans in the area. At the same time, throughout Greece, many other city-states were unhappy with Sparta’s domination. This led to Sphodrias, a respected Spartan general, launching a surprise attack on Piraeus.

However, while the gates of Piraeus were not fortified, they were still enough to hold off Sphodrias’ forces. To highlight how dedicated Sparta was to their military, Sphodrias was then put on trial in Sparta for failing in his attack. Although he was not convicted, this shows how seriously Sparta took their military prowess. This event was the start of the beginning for the Spartans. This is because it caused an alliance to be formed between Athens and Thebes. Although neither had the military of Spartans, together, they could compete with Sparta.

Athens and Thebes Begin to Rebuild

Rejuvenated by a new alliance, Athens and Thebes began to recognize that together, they could overcome Sparta. This motivated them to begin to reorganize and prepare an uprising against the Spartans.

At this time, Athens was still recovering from the Peloponnesian War. Here, they were defeated by Sparta’s Lysander in 404 B.C., during what is known as a terrible battle. However, renewed with a new confidence, Athens began the restoration process.

At the same time, Thebes was now motivated to reassemble the Boeotian Confederacy. Theban leaders like Pelopidas and Epaminondas reassembled Theban forces and began to fight back against the Spartan forces that commanded towns of Boeotia. As each town was freed, it was made a part of the new Boeotian League again. This culminated in a much larger victory, where Pelopidas defeated a much larger Spartan troop than his in the Battle of Tegyra, which took place in 375 B.C. This event showed the people of both Athens and Thebes that restoration was possible and that the Spartans could be defeated.

Thebes got so powerful that Athens began to fear them, and ended up becoming allies with Sparta. It may have been too late. The Thebes became so powerful, they destroyed Spartan forces with ease, culminating with a victory at the Battle of Leuctra. This famous battle marked the end of Spartan military dominance in Ancient Greece.

The Spartans were one of the greatest military forces in history, training children from the age of seven to become great warriors. But this military dominance led to their downfall, as their expanded empire motivated others to fight back. Eventually, the people of Thebes reorganized their forces to end Sparta’s historical dominance.