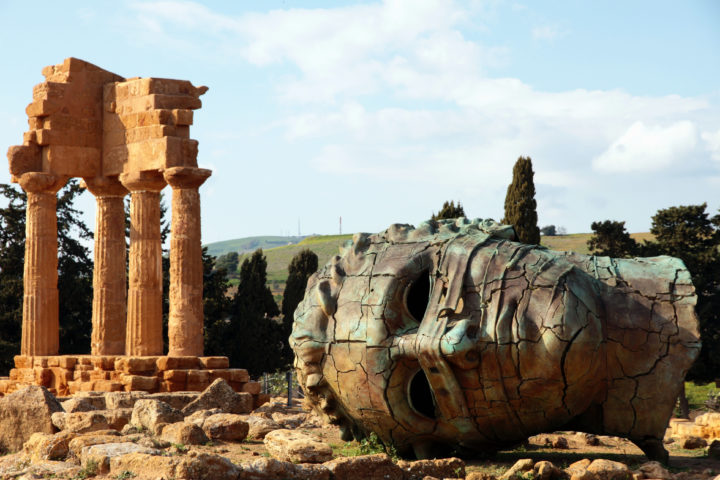 The Byzantine Empire used Greek fire as an incendiary weapon. This weapon was created in c. 672 and used in naval battles. The fire could burn while on the water. This led to many victories for the Byzantine military including salvaging Constantinople from sieges by Arabs. This secured the survival of the Empire. Greek fire made a big impression on the western European Crusaders. They began calling all types of incendiary weapons Greek fire including the weapons of the Chinese, Arabs and Mongols. These mixtures were different than the formula used by the Byzantines which was kept secret.

Pressurized nozzles were used by the Byzantines to direct the liquid at the enemy. This was similar to a flame thrower. The exact composition of Greek fire is still being debated. The possibilities include different combinations of naphtha, pine resin, calcium phosphide, quicklime, niter and Sulphur. One of the most common beliefs is the content was lime and sulfur. This would account for the fire continuing to burn on the water.

Attempts have been made to reconstruct the fire system. Contemporary literary sources have been used for reference and the following characteristics have been provided. Depending on the interpretation, either the fire burned on water or was ignited by the water. The only substances capable of extinguishing the fire were old urine, strong vinegar and depriving the fire of oxygen using sand. The belief is a type of chemical reaction put out the fire. The substance was liquid as opposed to a projectile. A siphon was the most common means of ejecting the liquid although grenades and earthenware pots were used as well. The fire included smoke and thunder.

A siphon was the main method used to deploy Greek fire during sieges or aboard ships. Portable projectors were invented and catapults threw jars full of Greek fire. The fire was poured onto enemy ships using pivoting cranes. Greek fire was used to defend walls, during sieges and on land as well. A siphon was installed by Byzantine dromons under the forecastle on the prow. Additional devices were located in other positions on the ship. The process was dangerous because the pressure was capable of causing the oil to explode.

In 2002, Haldon conducted experiments for a series called Machines Time Forgot. Modern welding techniques were use to insulate the bronze tank when it was under pressure. The modern technique could not secure the tank. The pressure pump was then relocated between the nozzle and the tank. This established a much better design even considering the techniques and materials available for the Byzantines. Wood resin was mixed with crude oil for a flame temperature exceeding 1,830 °F.

Despite the destructive force of Greek fire, the Byzantine army did not become invincible. Greek fire was still an important weapon but was limited in comparison to the more traditional artillery. There was a limited range for the siphon version and favorable winds and a calm sea were required for safety.