Written by GreekBoston.com in Ancient Greek History Comments Off on Geometric Art – Distinct Style of the Ancient Athenians 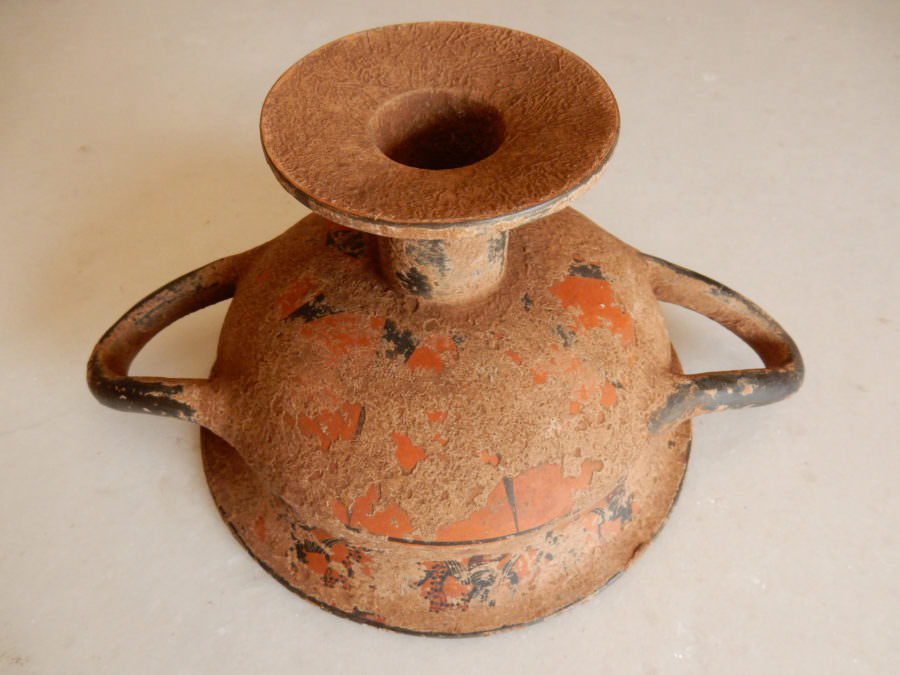 Ancient Greece produced some of the most legendary examples of artwork and artistic expression in world history. The artistic achievements of the ancient Athenians during the Golden Age of Athens are some of the most notable that ancient Greece produced. Some of these amazing achievements are still on display for modern-day people to view when they visit the ruins of the Acropolis in current day Athens.

There were also many other notable phases of artwork during the timeline of ancient Greece. Of these, one of the most notable was the Geometric Period. This was a period of art that is characteristically identified by the geometric motifs that were painted on pottery. Vases are the pottery style associated with these geometric motifs and they were primarily used for funerary purposes. Here’s more information about this period of art in Ancient Greece:

Applications of the Geometric Style

Funerary vases were where the geometric decoration technique of the Geometric Period was primarily applied. Proper burial was of tremendous importance to the ancient Greeks and these funerary vases were considered an important part of this.

Though the Golden Age of Athens is one of the most recognized periods for Greek exceptionalism in art, the city was also a center of significance during the Geometric Period. Athens is notable as a site of significance concerning the production of pottery in the Geometric Style. Funerary markers are also a notable feature in Athens during the period and many vessels that survive bear the recognizable touch of a master artist who has been dubbed the Dipylon Master.

The Geometric Period of art in Ancient Greece was an emergent time as the region was just coming out of a dark age. Some of the most iconic examples of Greek pottery are dated to the period that coincided with a reawakening of culture and learning in Greece.