Written by GreekBoston.com in Ancient Greek History, Modern Greek History Comments Off on Get to Know the History of the Greek Region of Messenia 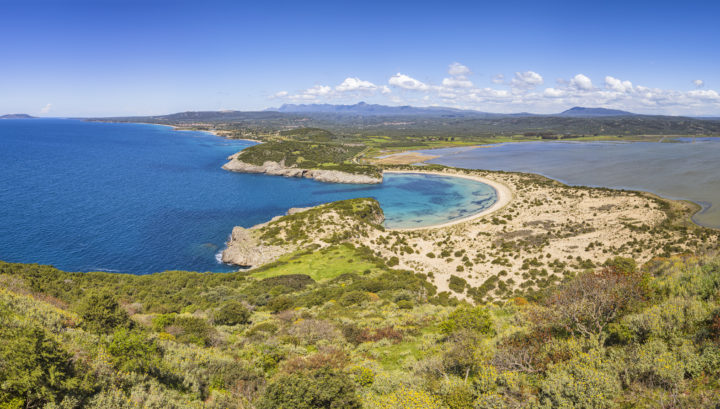 On some level, the region of Messenia exists today. However, it has taken many different forms because it has had people living there for thousands of years. In addition to being able to piece together the past here, there is also a thriving, modern culture. Just as you can easily travel to Messenia today, it is also a good idea to know about its past. Here’s more information:

Ancient Roots of the Messenian People

The Ancient Messenians were unique for many reasons, something that the rest of Greece at the time agreed with. In fact, the Messenians were thought to be Pelasgians, or members of the groups that predated the Greeks as they understood themselves during later times in their history like the Classical period. Specifically, they were believed to be descendants of the Aeolians, one of the four mythological progenitors of the Grecian people of old.

The Aeolians were said to have settled Messenia during the Bronze Age, having lived there since at least the 14th century BC. Modern excavation and research into the region indicates that the Messenians worshiped the Greek gods like the rest of the Greeks and had a place known as Stenyclarus as their capital.

Unfortunately for the Aeolians, evidence suggests they were eventually conquered by the Dorian people, another of the four Greek tribes. Even so, Messenia and Messenian culture lived on with new influences from the conquering Dorians blending with the existing practices. Therefore, it is safe to say that the Ancient Messenians were made up of several ethnic groups.

Messenia was under Spartan rule for close to 200 years, this only changing after a massive earthquake devastated Sparta in 464 BC. The Spartan people in disarray, the Messenians took their chance to fight back once again, fighting so fiercely that the weakened Spartans were eventually forced to relent. Through a treaty brokered by the neutral Athenians, the Messenians and Spartans called a truce on the condition that the Messenians leave their homeland for nearby Ozalian Locris territory.

Though weak from the disaster, it would only be a matter of time before the Spartans recovered enough to crush the uprising. With this in mind, the Messenians agreed to these terms and left Messenia behind. However, they eventually would leave the area in order to gain a presence in another region, Thebes.

Messenia During the Hellenistic Period and Beyond

While Messenian was being rebuilt, it was noticeably sparser and less grandiose than in the past. Keeping mostly to itself, the state did little to aid or provoke either side of the Thebes/Sparta conflict despite having an obvious allegiance to the former. After the fall of Theban power in 362 BC, the Messenians allied themselves with Philip II of Macedon to retain their independence and avoid looking like easy prey to any of the much larger powers during the time.

Messenia would eventually join the Achaean League, a confederation of various Greek states. Outside of occasionally sending soldiers to fight in other conflicts as part of this arrangement, Messenia continued to stay out of most fights. One exception to this was when Philip V of Macedonia attempted to claim the state for himself, sending an invasion force led by Demetrius of Pharos. The Messenians managed to rebuff this invasion, killing Demetrius in the process.

Not long after, however, Spartan ruler Nabis attacked Messene in the hopes of reclaiming the capitol city as his ancestors had once done. While his invasion of the city was successful, the arrival of Messenia’s allies forced him to retreat from there.

Disorder appeared in the form of conflict within the Achaean League, various member states vying for power over the others in the fallout to the Second Macedonian War. Messenia was not strong enough to make any real bid for power in its own right, its major contribution being capturing and executing Megalopolitan general Philopoemen in 183 BC. Ironically, Philopoemen and his people aided the Messenians against the earlier invasion of Sparta.

Justice would come when Lycortas of Megalopolis successfully took control of Messenia, forcing it to once again rejoin a restructured Achaean League. However, a major difference this time around was that Abia, Thuria and Pharae, previously cities within Messenia, had all declared their independence and joined the League as members in their own right.

Messenia was eventually absorbed into the Roman Empire as it spread out across the Mediterranean in 146 BC. Life was mostly business as usual for the Messenians during this time, including their feuds with Sparta. Ownership of the Ager Dentheliales on Mount Taygetus was their conflict of choice during this era, the Roman government deciding back and forth as to which group was the rightful owner of this piece of land. This continued all the way to 25 AD before Emperor Tiberius and the Roman Senate finally and decisively granted the land to the Messenians.