Written by GreekBoston.com in Ancient Greek History Comments Off on Battle of Plataea – Final Battle of the Second Persian Invasion of Greece

Back in the time of the Battle of Plataea, which took place in 479 B.C., the Persian Empire was formidable. The largest empire in the world at the time, they had their sights set on Ancient Greece. Ten years prior to the Second Persian Invasion, the Ancient Athenians had won a victory at the Battle of Marathon. However, when the Persian fleet left Greece and headed back to Asia, there were those in Athens who believed that the Persians would be back. Pericles, an Athenian politician, convinced the people to build up the Athenian naval fleet in order to defend Ancient Greece in case the Persians came back. This was a prudent move because in 480 B.C., the Athenian navy fought the Persian navy at the Battle of Salamis. The Athenians won. However, that wasn’t the final battle of the Second Persian Invasion. This took place at the Battle of Pataea in 479 B.C. Here’s more information about this battle:

Details of the Battle of Plataea

In August of 479 B.C., an army of 45000 Spartan warriors, marched towards Athens after the Battle of Salamis to fight the Persians on the ground. The Persians heard what they were doing and began marching away from Athens and to the Ancient city of Plataea. The Persian army outnumbered the Spartan warriors by a lot – they had 300,000 men fighting for them. The Persians’ goal was to lure the Spartans into the battle field so that their archers and cavalry could make an impact in the battle.

However, the terrain of Plataea is something that the Spartans were familiar with, and they thrived in battles that were fought under these conditions. The Spartans positioned themselves on the right flank, so that there most experienced and effective fighters could make an impact on the battle. The Persians were waiting on the valley below the Spartan’s position. Both sides waited for a week before the Persians finally made the first move. They tried to force the Spartans to attack, but the Spartans didn’t take the bait. Their response was to kill the Persian’s main archer. They then maintained their position.

The Spartans Win the Battle

Military strategists often complement the Spartans and their ingenuity because they had the foresight to take the high ground. Over time, this strategy has proved to be the most effective. Ultimately, it was their position on the high ground, as well as their overall strategy, that arranged the victory. The Spartan general ordered his warriors to act disorganized, as if they were retreating. This proved to be the beginning of the end. The Persians fell for it and the Persian general organized an attack, thinking they had the advantage. He ordered all his troops to cross the river and attack, so they made the trek into the high ground.

The Spartan general ordered their warriors into the phalanx. They marched into the Persian army in their formation. The high ground eliminated the Persian’s cavalry because the ground was too rocky for the horses. The Phalanx moved into the infantry, where ultimately, the Persian general lost his life. The Persian army fell apart, and the Spartans were the victors. The Second Persian Invasion was over – the Persians left and never invaded Greece again. 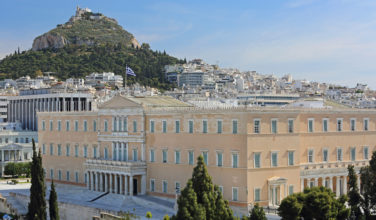 Get to Know Queen Amalia of Greece