Written by GreekBoston.com in Modern Greek History Comments Off on Theodoros Kolokotronis – Leader of the Greek War for Independence 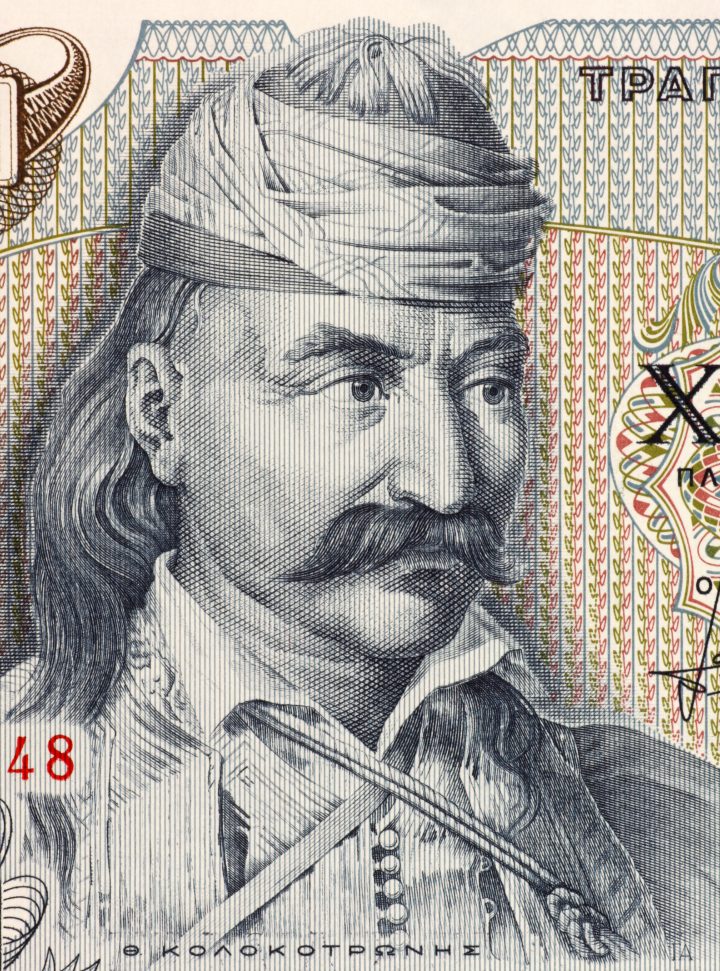 Theodoros Kolokotronis is the ultimate symbol of the Greek War for Independence. He was a general, politician, and a leading advisor to those who held power during that time. He was able to bring together various factions of militiamen and insurgents by appealing to their drive for liberty and independence. He was an instrumental leader during this time. Here’s more information about him:

Theodoros Kolokotronis was born in 1770 to a family of klephts (highwaymen turned self-appointed militiamen and anti-Ottoman insurgents). He was from a powerful and well-respected clan, known to have folk songs of their pride and rebelliousness. Theodoros’ father and uncles had been killed in support of Catherine II, Empress of Russia at the hands of Ottoman troops. So, it seemed that Theodoros had insurrection coursing through his bloodlines and was destined to fight as well.

Before the revolution, Theodoros Kolokotronis was a klepht, an associate of the Ottoman military, and a militiaman in service to Greek nobility. Through these different careers, he acquired valuable knowledge and gained wealth through marriage. After joining the Russian Navy, he then served under the British where he obtained useful fighting skills. He would soon be influenced by French revolutionary ideas in the Ionian islands.

Role in the Greek War for Independence

At the age of 50, Kolokotronis was training klepht bands into a modern army and named leader of the Greek forces of the Peloponnese. Here began the campaign of independence against the Ottoman Empire. His first big battle was defending the small village of Valtetsi. In a moment of leadership, after the capture of a famed city, he ordered the destruction of the infamous tree where the Turks would hang Greeks.

Kolokotronis continued with various battles during the war, winning and losing various positions. But his greatest success was the Battle of Dervenakia. The Ottomans tried to take hold of the castle of Larissa, to command the plain of Argos. But the Greeks held off as long as they could. The castle soon fell, but it bought the Greeks valuable time. As the Ottomans retreated through the Dervenaki Pass, Kolokotronis and his nimble guerilla forces trapped the Ottoman and crushed them. The Greeks resumed the fight against the stronghold of Nafplio ending the war. A statue of Kolokotronis stands there to commemorate the event.

Although he helped achieve independence for the Greeks, Kolokotronis did not rest. He took part in civil wars among the various parties in Greece and jailed when his party was defeated. He was only released to lead the fight against an invading Egyptian army. winning by resorting to guerilla tactics and a scorched earth policy.

Kolokotronis was finally able to rest and learned to write to chronicle his many adventures. He still holds a beloved place in modern Greece as the ultimate symbol of independence.