Written by GreekBoston.com in Ancient Greek History Comments Off on History of Morea of Byzantine Greece 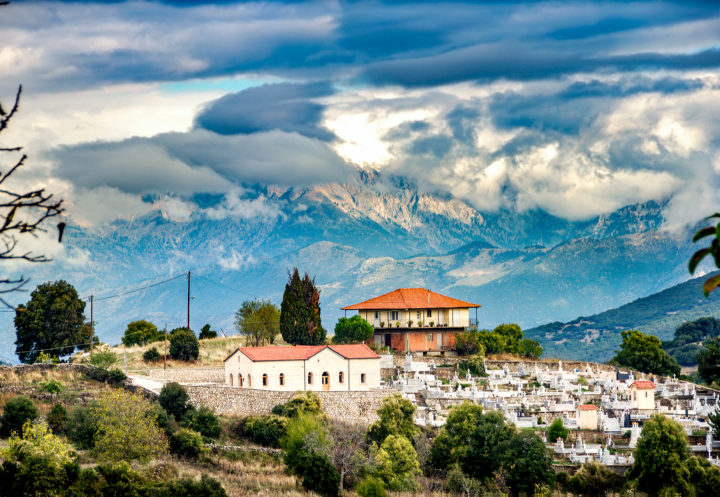 Morea is what the region in Greece located on the Peloponnese Peninsula was called during the days of the Byzantine Empire. There is a lot of history related to this region as a whole that spans to Ancient Greece. For example, the Kingdom of Sparta was located on the Peloponnese. This history continued through the Byzantine era. Here’s a look at some of the history of Morea during this time period:

How Morea Was Named

There is some debate as to how this region got its Byzantine name. Scholars have traced the name to around the 10th Century because that is the earliest written evidence they’ve found of its name. The Greek word Morea (μορέα) means mulberries, so scholars originally assumed the name came from the fact that there were a lot of mulberry bushes in the region. At the time,  highly valued silkworms were said to have preferred mulberry bushes as their food source, so this helped the region gain prominence.

During the Crusades, which took place during the Middle Ages, Greece was a bit of a stopping point. Elsewhere in Greece on the island of Rhodes, the Knights of Saint John, which fought in the Crusades, were headquartered on the island. As a result, other regions of Greece saw some activity by the crusaders.

After the Fourth Crusade in 1204, which was an effort by the crusaders to reinstate a deposed ruler in Constantinople, two groups of Franks headed to Morea in Greece to gain control of the region. They were successful, and they occupied Morea until the region fell to Venetian control.

The Morean War took place on the peninsula from 1684 to 1699. At the end of the war, Francesco Moresini was successful in capturing Morea for Venetian control. As you travel through the Peloponnese today, you will see evidence of this time period in the Venetian fortresses that have been left behind, such as Methoni Castle in Messonia.

The Venetians remained in control of the region until 1714, when the Ottomans conquered the region and gained control. Under Ottoman rule, the people of the region became dissatisfied and started to revolt. Bands of Klephts, or resistant soldiers, started to emerge. Eventually, these soldiers were instrumental in starting the Greek War for Independence, a campaign that was eventually successfully at removing the Ottoman Empire from Greece.

As mentioned above, this region of Greece is known for having starting the Greek War for Independence. There were two reasons why this occurred. First, the Klephts emerged at a time when the people of Greece were starting to unite and form a national consciousness. Second, the Ottoman Empire’s hold over Greece. It is important to note that the Ottomans never really had a solid hold on parts of Morea, such as Mani. Eventually, Greece consolidated its efforts and fought a long war with the Ottomans, eventually gaining independence.

As you can see, Morea, or the Peloponnese as it is called now, has a rich history. During the Byzantine Empire, it was especially turbulent.