Written by GreekBoston.com in Ancient Greek History Comments Off on Scylax of Caryanda – Explorer of Ancient Greece 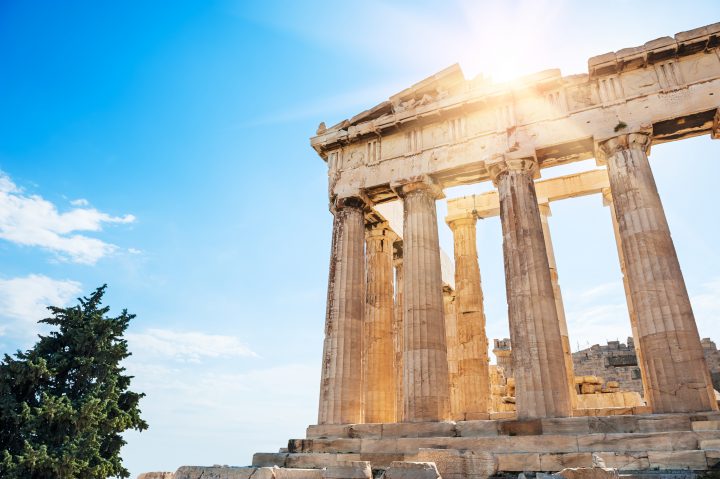 Scylax of Caryanda was an important explorer in Ancient Greece during 5th or 6th centuries. He was famous for his travels in mysterious lands and he told tales of his adventures to the people of Ancient Greece. Some of his stories are so remarkable that most scholars cast doubt on their authenticity.

Even though none of his works survived, he is mentioned by top historians like Herodotus, as well as other writers. Here’s more information about him:

It is pretty well established, however, that Scylax was born in Caryanda, a village located on a small island near the larger Greek city of Iasos in Asia Minor. Scylax was a native Carian. This is a forgotten language spoken by a now-extinct culture that once lived in a region of western Anatolia.

No personal details are known about Scylax of Caryanda. However, Herdotus did mention hin in one of his histories. The Greek historian Herodotus called him “a sea captain from Ionia.” Historians believe that Scylax received a commission from the Persian Emperor, Darius I to sail down the Indus River, the waterway that flows through India, Pakistan and originates in China. Scholars believe that Darius I was eager to gather information and intelligence about what is today India and Pakistan so that the Persian Empire could invade and conquer the Indian subcontinent.

Although his reputation is well established, there have actually been no original writings of his that were ever found. Despite that, his legacy endures because his name appears in volumes that had been published by others. These historians, writers, and philosophers either refer to Scylax or actually quote a book that he is thought to have offered. No evidence has been uncovered of this book, despite that. Because of this, there is no doubt that Scyclax truly existed, despite the fact that his claims can’t necessarily be established.

Most historians, however, do believe that Scylax published a book about his travels that was titled Periplus, the Greek word for “circumnavigation”, even though this book was never found. The book was dedicated to his sponsor, Darius I. The original Periplus has never been found, but we can be certain that it existed because later scholars reference it and quote from it. At least seven direct quotations from Scylax’s book by other writers have been verified.

Here is some information that Herodotus gives us about Scylax’s journey, as written in his Histories:

Darius was the discoverer of the greater part of Asia. Wishing to know where the Indus (the only river with crocodiles, save one) ran into the sea, he sent a number of men, on whose trustworthiness he could rely, and among them Scylax of Caryanda, to sail down the river. They set out from the city of Caspatyrus, in the region called Pactyica, and sailed downstream in an easterly direction to the sea. Here they turned westward, and after a voyage of thirty months, reached the place from which the Egyptian king … sent the Phoenicians to sail round Libya. Once the voyage was completed, Darius conquered the Indians, and made use of the sea in those parts. Thus all Asia, except the eastern section, has been found to exhibit the same features as Libya.

As you can see, Scylax was an important explorer. Although his original works were lost, reputable historians such as Herodotus understood that he really existed.