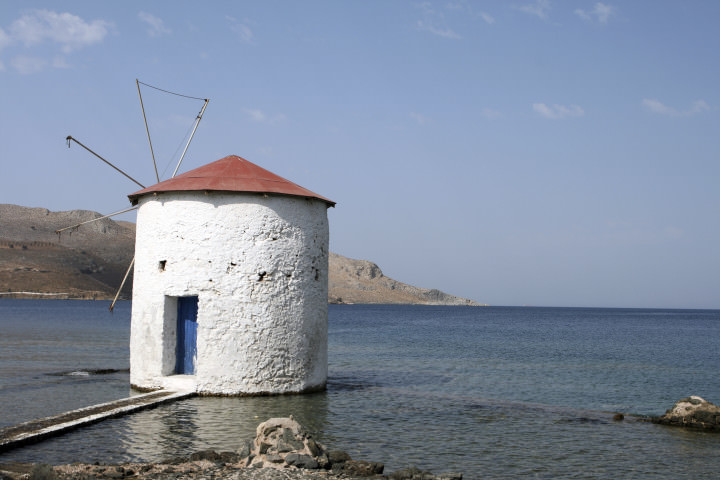 In our modern lives, we take certain things for granted. It’s hard to image that at one time, inventions such as the water mill didn’t exist! Because of it, mankind was suddenly able to turn simple grains, such as wheat and rice, into an important staple food. Sure, it was possible to grind these grains to make flour before the invention of the water mill, but this simple invention made the whole process much easier.

The invention of the water mill started with the Perachora wheel, which used both the water wheel and the gear technology that had already been invented. It was invented in around the 3rd Century BC and Philo of Byzantium made the earliest known reference of it in his works, the Pneumatica and Parasceuastica. The mill used water to power the wheel, which eventually milled the grain. This allowed a large quantity of flour to be produced, which revolutionized the gastronomy of the time.

Philo was born in Alexandria, which was a Greek colony. Also known as Philo Mechanicus, he was a noted ancient engineer and mechanic. He not only documented information about important inventions such as the water mill, but he was also a mathematician.

It is interesting to note that there are several different types of water mills out there. The Ancient Greeks are known to have developed the “horizontal-wheeled” mill. Also called the tub wheel or horizontal wheel, this type of mill was actually the precursor of the modern turbine. This is the type of mill that Philo described at length in his works. Typically, it is set up inside an actual building and it works when flowing water is propelled onto the spokes. This turns the wheel to become the drive spindle of the actual mill.

Over time, the water mill became even more sophisticated. The design created by the Ancient Greeks was very simple. However, it effectively got the job done. Because of it, foods such as homemade bread became even more important to the culture. Over time, other cultures began using a version of this original water mill until it became commonplace.