Written by GreekBoston.com in Ancient Greek History Comments Off on Battle of Pylos – Athens Vs. Sparta 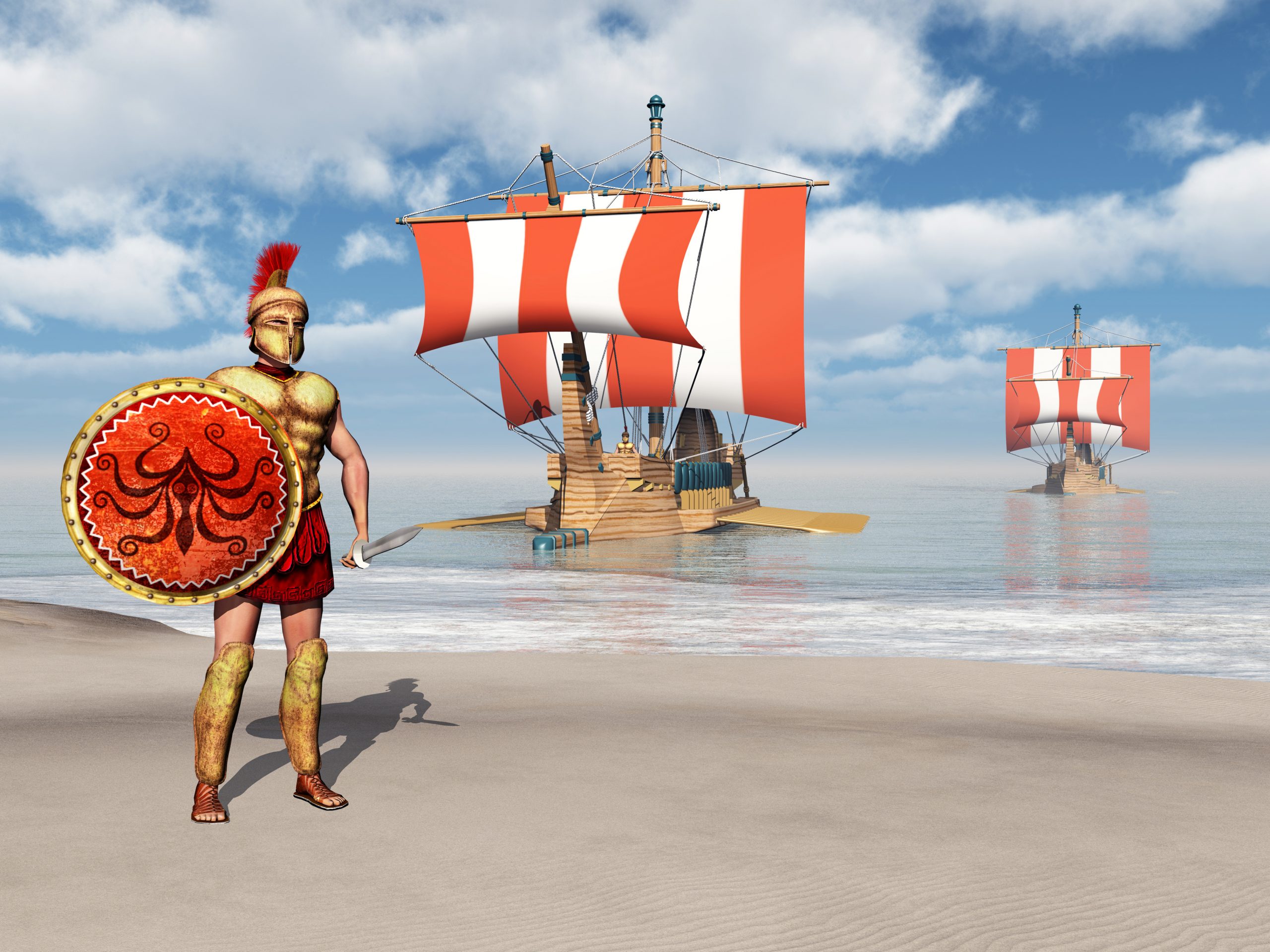 The Battle of Pylos, which was a naval battle that pitted Sparta against Athens, took place in 425 B.C. near the peninsula of Pylos as part of the Peloponnesian War. An Athenian naval fleet had been swept along the shore of Pylos by a storm which led to the establishment of a fortified Athenian garrison. The presence of Athenian troops within Spartan territory threatened the Spartan army, who feared that the small garrison would allow the Athenian forces to infiltrate their territory in an unchecked manner. Here’s more information about it:

Demosthenes had plans to set up in Pylos before a storm forced him and his men to land at the peninsula, as it was an ideal place for an outpost. The men fortified the peninsula, building a defensible fort in days. The majority of the fleet departed from the peninsula to deal with a nearby Spartan fleet, leaving Demosthenes and only five ships to defend Pylos.

Spartan forces grew concerned about the Athenian presence and naval troops, 43 ships total, were sent to retake Pylos. Demosthenes heard of this and sent word out to the Athenian fleet that had recently departed. By sheer luck, a ship bearing cargo as well as a small war boat with 40 Athenian soldiers (hoplites) arrived at the Peninsula before the Spartans did, which gave the outnumbered men weapons and supplies.

Spartan forces attacked the Pylos fort by land and sea. Demosthenes had expected them to attack certain areas, so he had strategically placed more of his men in those areas in order to deal with the threat with greater efficiency. The large Spartan force was hindered by the geography of Pylos, and could not attack all at once. After a day of unsuccessful attacks, the Spartan forces prepared to lay a siege on Pylos. A day after, the Athenian naval fleet arrived through the unguarded harbor entrances and took control of the harbor. Many Spartan soldiers were taken hostage.

Shocked, the Spartan government quickly dispatched negotiators to draw up an armistice with the Athenian forces. A cease of hostility was introduced and the Spartan ships were surrendered to Athens. However, after much deliberation in the Athenian courts, the Athenian troops decided that a peace was not beneficial to them, and decided to challenge Sparta to fight over the fate of the hostage men captured during the Battle of Pylos in another battle, known as the Battle of Sphacteria.

A victory for Athens, the continued control of Pylos allowed Athenian troops to have a strong foreign outpost within Spartan territory. The garrison was used as a base for raids against Spartan forces as well as a refuge for helots, the people whose homes were being invaded by Spartan forces, fleeing Spartan subjugation.

Although Athens would go on to lose the Peloponnesian War and much of its power a decade later, the Battle of Pylos is an example of Athenian strategy at play as well as Demosthenes’ first experience as military leader.