Written by GreekBoston.com in What Greeks Invented? Comments Off on Vending Machine Was Invented in Ancient Greece 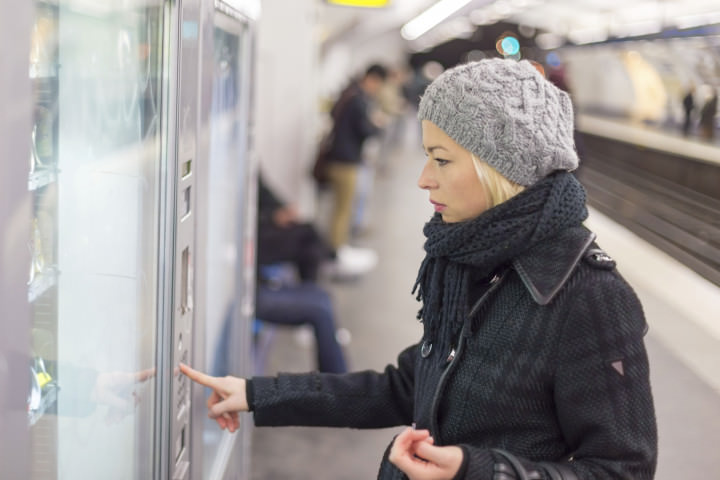 These days, vending machines are everywhere. By simply putting our money into the machines or swiping our credit cards, we can easily purchase things like snacks and drinks with ease. There are even machines that allow us to buy bigger items, such as electronic gadgets!

Hero of Alexandria was an inventor, scientist, and mathematician who was fascinated with the world around him. The vending machine was simply one of his many inventions. As part of his studies, he also took a keen interest in mechanics and used this interest to create various things, including the vending machine. He was born in Alexandria, an influential Greek colony that was named after Alexander the Great, in around 10 AD.

In addition to inventing and studying the mathematical and scientific world, he also wrote about his inventions. Evidence of the first vending machine can be found in his book, Pneumatics, which not only describes that particular invention, but some of his other works, as well.

The Purpose of the First Vending Machine

What’s especially interesting about this machine is that it was coin operated, which is how most of the vending machines that are around today work. These ancient machines, however, didn’t dispense candy and snacks like they do today. Rather, the first vending machine was used in a temple to dispense holy water. When the right amount of changed was entered into the slot, the mouth at the bottom would open and holy water would dispense for use in the temple.

How the First Vending Machine Worked

As mentioned above, the purpose of the machine was to dispense holy water. Here’s an overview of how it worked:

This machine offered a way for the temple to get some money while also helping the people worship. Not only that, but this influential design showcased Hero’s true talent of understanding how mechanics works. He then applied this knowledge to create something that incredibly useful.

As you can see, without the Ancient Greeks, it’s possible that the modern vending machine wouldn’t exist!