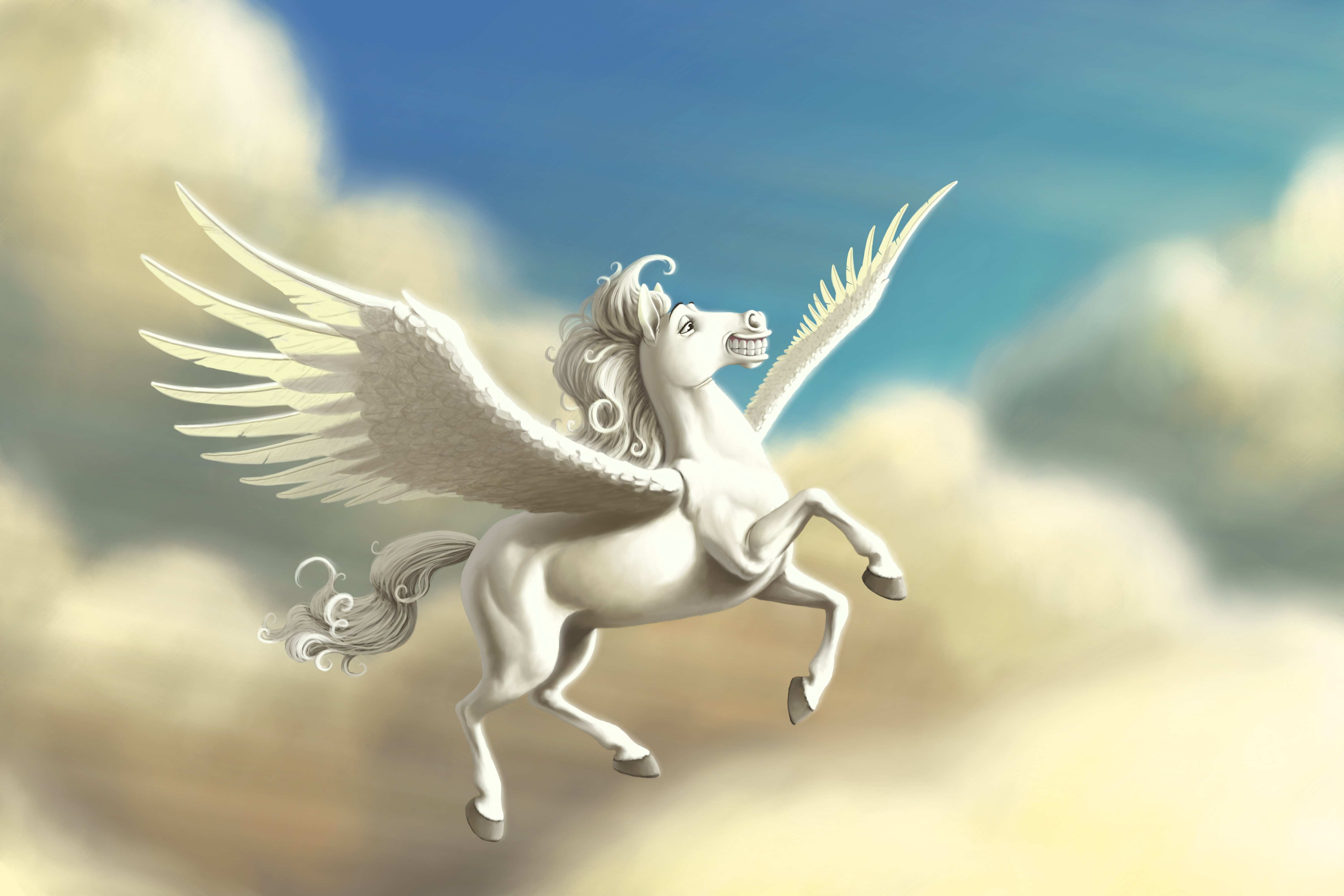 Pegasus is a unique creature in Greek mythology because it isn’t a monster. In fact, this is a celebrated creature that tends to be looked at in a positive way. He is always depicted as being a white horse with wings and his main function appears to be that he assisted Zeus by bringing him his thunder and lightening from where it was created. He also makes his way into several of the Greek myths. Here’s more information about this winged mythological white horse:

There are a few versions of the birth story of Pegasus. In one version, he is the child of Poseidon, the god of the sea, and Medusa, the creature with hair made of snakes. In Medusa’s stories, Poseidon lusted after her when she was still a young girl and Athena, whom Medusa served, punished the girl after Poseidon had his way with her. In this version of Pegasus’s story, this is the moment when Pegasus was conceived.

In another version of the Pegasus birth story, the winged horse was brought to life from the blood that ran from Medusa’s neck as the hero, Perseus, beheaded her. In this version, Pegasus’s brother, Chrsaor, was born as well. In this version of the tale, Pegasus fled to where lightening and thunder were created after he was born in order to hide. Over time, Zeus learned of this and used the Pegasus to bring the thunder and lightening to him.

One of the most famous stories attached to the Pegasus is that of the role he played in the hero, Bellerophon’s tale of killing the Chimera, which was a monstrous hybrid creature of Greek mythology that wreaked havoc. In this story, Bellerophon rode Pegasus into battle to slay the monster. Sadly, the story doesn’t necessarily have a happy end. Bellerophon ultimately fell off Pegasus’s back and Zeus turned him into the constellation, Pegasus.

Pegasus is Stabled in Mount Olympus

After his exploit with Bellerophon ended, Pegasus was then moved to Mount Olympus. He was put into a stable where the rest of Zeus’s horses were kept. While stabled at Mount Olympus, Pegasus became the official carrier of Zeus’s thunderbolts. After all, he knew the way to the place where they were being made since this is where he had lived for a long time.

It is interesting to note that Pegasus was always depicted as a wild creature that wouldn’t really let anyone ride him. In order to be able to accommodate him, Bellerophon knew that he would need to tame the horse before he could ride Pegasus into battle. In other versions, the hero needed to tame him. Different sources have different opinions as to how Bellerophon accomplished it. In some, the goddess Athena gave him a golden bridle that was used to tame him. He presented the winged horse with the bridle when he spotted him drinking from a pool. In some versions of this tale, however, Pegasus simply allowed the hero to ride him.