Home > Greek Culture > Modern Greek History > Do You Know About the Greek Flag?

Written by GreekBoston.com in Modern Greek History Comments Off on Do You Know About the Greek Flag? 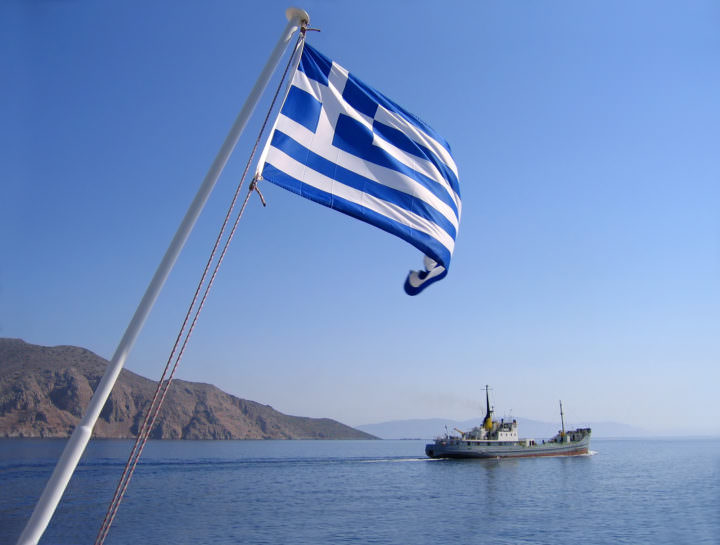 When the Greek people gaze at their flag, they are filled with pride for their country. No matter what is happening in Greece in current events, the flag itself is representative of how far Greece has come as a country. Not only that, but everyone knows that the colors of white and blue represent the country of Greece.

In Greece, the flag is referred to as Η Γαλανόλευκη or Η Κυανόλευκη. It is translated as the “Blue and White” and the “Azure and White”. When people gaze at the colors on the flag, they are reminded of the sun, sea, and the whitewashed buildings that shine in the sun. Here’s more information about the Greek flag and how it came to be:

What the Flag Represents

The Greek flag is filled with symbolism, and when people gaze at it, they are immediately transported to Greece. So what does the Greek flag represent? Here’s a look at the symbolism behind the official flag of Greece:

How the Government Describes the Flag 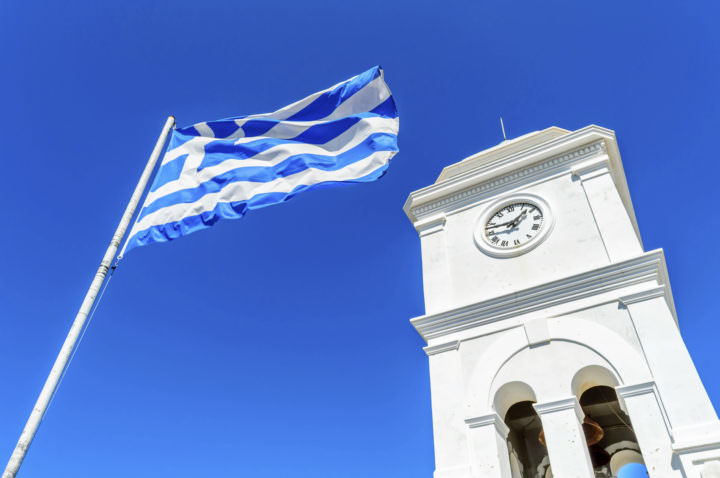 The National Flag of Greece is cyan and white, it is made up of nine (9) stripes equal in width, of which five (5) are cyan and four (4) are white so that the upper and lower stripes are cyan and the others in between are white.

In order for the flag to be considered an official one, it needs to follow the instructions that are outlined by the government. There are also official rules in place as part of Law 851 that talk about how to properly display the flag. For example, there is a rule in place that states that the flag needs to be displayed on certain official buildings, such as the Greek Parliament building, from 8 AM to sunset of each day. The flag can also be displayed in other situations, such as sporting events and official ceremonies.

Historians aren’t exactly sure exactly where the current Greek flag originated, but there are a few theories. Same believe that it traces back to the Kallergis family that came from Crete. However, no one really knows for sure. Besides that, the flag itself was official adopted pretty late in Greece’s history. Since Greece’s history was somewhat turbulent, the current flag reflects the state of Greece today.

It was officially adopted on December 28, 1978, which was about four years after the Military Junta and during Greece’s official transition into democracy. Prior to that, the country did have a flag but it was unofficial. People would fly a flag that closely resembled the modern flag, so when the time came to adopt a flag, the government embraced the popular choice.

The Greek flag is meaningful and represents Greece as a nation. It is definitely something that invokes feelings of pride!