Written by GreekBoston.com in Modern Greek History Comments Off on What You Need to Know About the Greek Evil Eye (Mati) 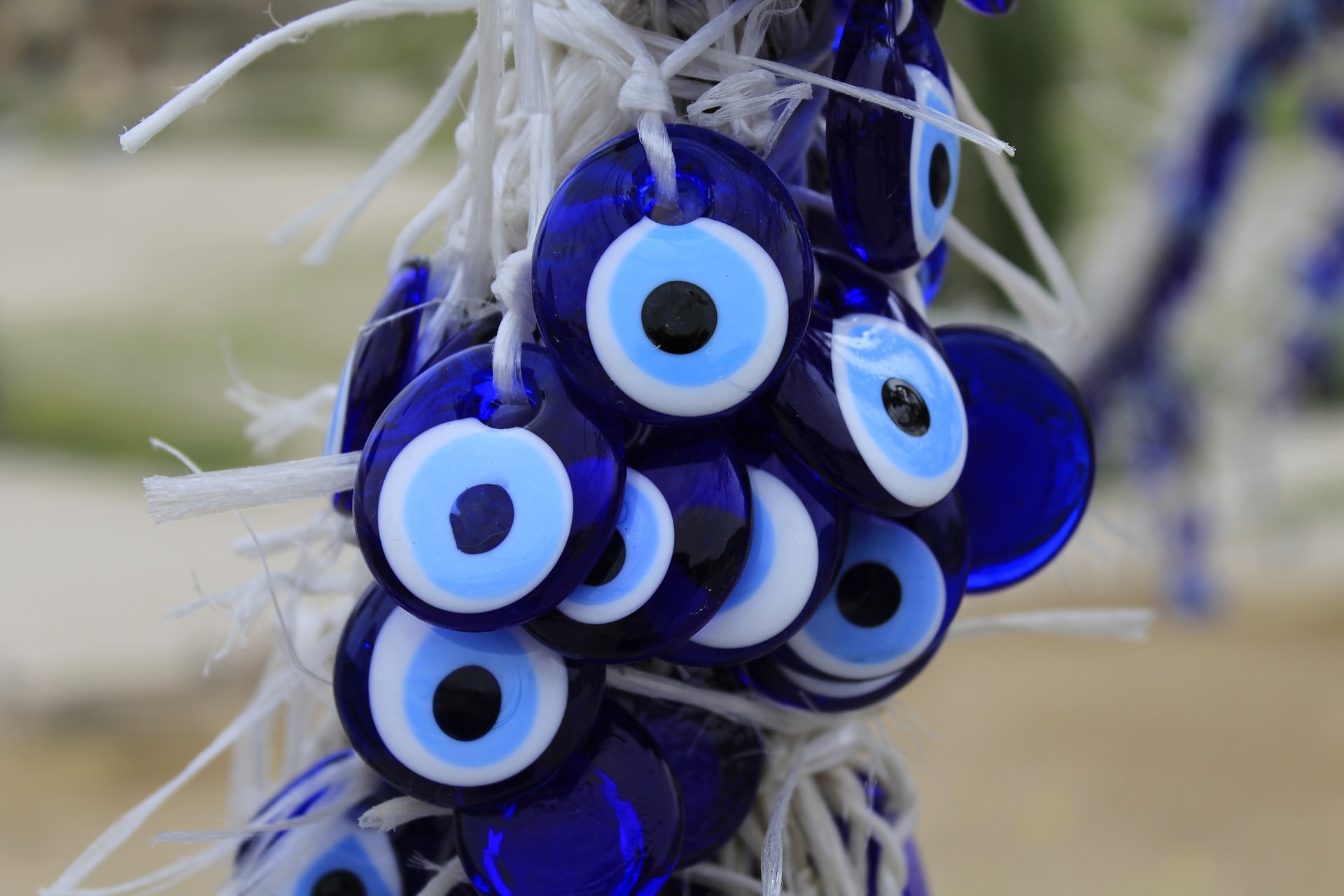 Evil eye is believed to be a curse that is given by a glare that has negative intensions. Any negative emotion can cause the evil eye (mati) curse, such as anger or even jealousy. It is believe that the curse itself causes bad things to happen to the person who has received the curse, such as headaches and even a string of “bad luck”. Wearing a special evil eye charm, also called a mati, is said to help prevent the curse from even happening. Here’s a bit more information about the Greek evil eye (mati) and what to do about it.

As it turns out, the concept of the evil eye dates back to Classical Antiquity, or the time period that encompassed the Classical Era in Ancient Greece. During this time, the Greek civilization was at its intellectual peak. A common theme in literature at the time was that the eyes were a source of deadly rays that could bring harm to others. Plutarch, the Ancient Greek writer, is one of those who wrote about this concept. The belief in the evil eye tended to spread as Alexander the Great brought the Greek culture to the East.

Depending on who you talk to, people have different beliefs concerning the evil eye. Some people believe that it isn’t simply negative emotions that can cause the evil eye to another. Even something simple, such as admiring a newborn baby, could result in the curse. In some parts of Greece, it is believed those with blue or green eyes are particularly able to give the curse to another person, which is a major reason why the evil eye talismans, or the mati symbols, are depicted as a blue eye.

According to the people who believe in it, there are some things you can do to protect against the Greek evil eye (mati). These talismans are called “apotropaic” in Greece and can refer to anything from the evil eye (mati) pendant to the rituals that are designed to ward it off. For instance, some people recite a special incantation to ward it off, and the exact words are a closely protected secret that only a select few are allowed to know. Other tactics include spitting, as is usually done on a newborn baby, and throwing salt over your shoulder.

In Greece, the Mati pendant actually dates all the way back to the 6th Century B.C in ancient times. The process of casting away the evil eye is called “xematiasma” and is made up of a specific set of rituals. It all starts with the incantation, which is then recited three times. If the person is afflicted with the evil eye, both parties, the person who has it and the healer, will begin to yawn. Aside from that, rituals can differ according to the family, the region, and the situation in which the Greek evil eye (mati) occurred.

The evil eye (mati) is most certainly a part of the Greek culture and learning what you can about it is the way to go!