All About Hesiod – The Ancient Greek Poet 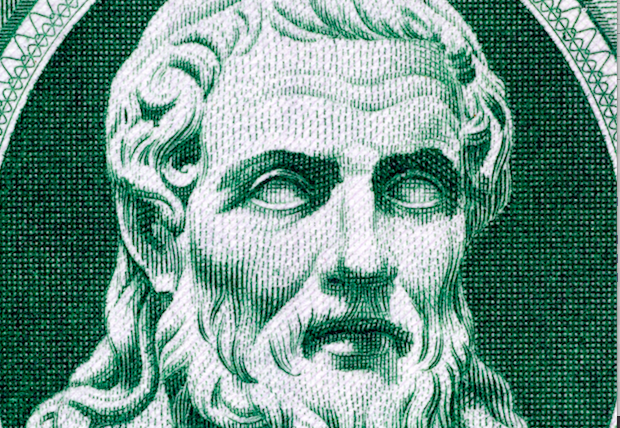 Hesiod is an ancient Greek poet considered to be a contemporary and peer of the famed poet Homer. Hesiod is often referred to as “the father of Greek didactic poetry,” and he and Homer together were considered by the scholars of their time to be responsible for establishing the religious customs of that era. Here’s more information about Hesiod, his life, and his works:

There is not a lot of concrete information on Hesiod’s life, but modern scholars still reference his works as a valuable source for topics like Greek mythology, ancient Greek astronomy, farming techniques, archaic time-keeping and the earliest recorded economic thoughts. In fact, scholars even consider him to be the first economist in history.

Hesiod’s didactic works do reveal small glimpses into his life, however. For example, he mentions that his father was born on the coast of Asia Minor, in Aeolis, and traveled by sea to settle in the hamlet of Ascra. He also mentions winning a poetry contest and being awarded a tripod in Euboea, and also notes that he does not enjoy sea travel.

Hesiod’s three full, surviving works are called “Works and Days,” “Theogony” and “Shield of Heracles.” Any other works that can be attributed to him have only ever been found in fragments. His writing style is typical of the time, with poems written in the conventional meter and verse of epics within that same time frame.

The first poem, “Works and Days,” was written about 700 BCE and reads as a farmer’s almanac. In it, Hesiod is instructing his brother Perses in the ways of agriculture. It also follows his didactic style, offering his brother considerable moral advice regarding how to live his life. In addition, this poem features two widely known mythological figures that represent what it is to be human: Prometheus and Pandora. This is also the work that contains the Five Ages of Man.

“Theogony,” as its name suggests, serves as an origin story and genealogical breakdown of the Greek gods. It was also composed circa 700 BCE and employs the Homeric style of Greek dialect. This work is actually a compilation of a broad range of local Greek tales and traditions concerning the Pantheon. Hesiod crafted these traditions into a flowing narrative that explains how the gods came to be and how they transformed the primordial chaos into the Cosmos.

His final complete work, “Shield of Heracles,” follows the hero Heracles and his companion Iolaus on an excursion that takes them through Thessaly. In Thessaly, Heracles is confronted by Cycnus, son of Ares, and challenged to a fight. Some scholars posit that this poem was intended to reflect the greater anti-Thessalian feelings that many Greeks, Boeotians in particular, shared after the First Sacred War. Hesiod’s extravagant, somewhat excessive style in this poem inspired rhapsodes to share it and artists to render many of its scenes.

Hesiod was a versatile poet as well as an important part of ancient Greek history. His works offer modern scholars a trove of information on 7th and 8th century Greece.