Written by GreekBoston.com in Modern Greek History Comments Off on About the First Modern Olympic Games in 1896

It’s true that the Ancient Greeks founded the original Olympic Games.  They took place in Greece from 776 B.C. through to 393 A.D. The games were originally a part of a religious festival that was held in honor of Zeus, the King of the Gods.

They were a time honored tradition, but eventually stopped being held when Greece was occupied by the Romans, who were Christians. Since the Olympics were looked at as a pagan festival, they were thought to go against the Romans’ Christian beliefs.

It would take around 1500 years for the Olympic Games to come into place once again. People throughout the world realized that even though the Olympic Games had their roots in a religious festival, it was about something much greater than that. Individuals such as French historian Pierre de Coubertin lobbied for the Olympics to be held once again, and his efforts led him to be the first chairman of the International Olympics Committee.

Pierre de Coubertin realized that there was a collective consciousness during his time for people to get together and compete. This idea lead to the games beginning once again.

When Was the First Modern Olympic Games?

The first Summer Olympics of our modern era took place 1500 years or so after the Roman Emperor, Theodosius I, banned them. Over the course of history, Greece had a period of turbulence and faced various occupations, such as the occupation of the Ottoman Empire in Greece, which finally ended in 1832 because of the Greek War for Independence. This had an impact on the people of modern Greece, and somehow, the idea of resurrecting the Olympic Games was never really part of the conversation.

When Greece finally won their independence from the Turks, they felt a huge sense of relief, but they still needed to build their country again. During this time, they were concerned with finding government, building their economy, and healing from the war. As a result,  it still took some time for the the Olympics to fall back in favor.

Finally, the modern games did come together. The first modern Summer Olympics, referred to as the First Olympiad, occurred from April 6, 1896 to April 15, 1896 and it has been a worldwide tradition ever since.

Where Were the First Modern Olympics Games (1896) Held? 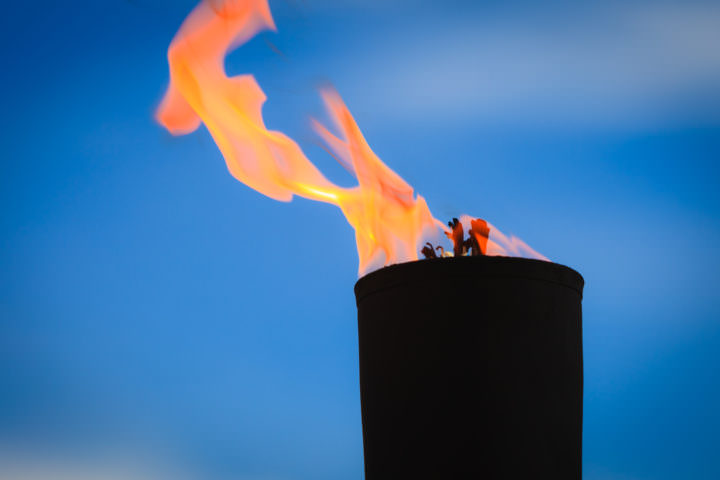 It is interesting to note that the idea of having an Olympic Games once again wasn’t unique to 1896. Other places had replica Olympic Games. The idea came about as early as the 1700’s. However, it would take some time to organize the game into something that the entire world would enjoy. Finally, after decades of trying to get something start, everything came together.

Athens was the host city of the first modern Summer Olympics. The Olympic Committee that was chosen to organize the games considered several choices, but they decided that the most appropriate place to hold them was in Athens. Although the original Ancient Olympics were held in Olympia, Greece, Athens was considered the ideal city because of its size and because of its many resources. Most importantly, the organizers wanted to kick off the modern games by holding them in Greece where the games first originated.

Why Were the Olympic Games Revived in 1896?

In the 1800’s, there were festivals named after the Olympics that were held throughout Europe. Over time, festival organizers got together because their goal was to create a unified games that held to the same ideals as the original Ancient Olympics. They wanted a forum for nations of the world to come together and compete. So, they formed a committee and eventually the 1896 Summer Olympics were born.

The main motivator is that people wanted to relive a part of the former glory that the original games gave the competitors. The gams also brought people together. In ancient times, it brought people together from all over Greece. At the time, Greece wasn’t a cohesive country or empire – it was made up into a series of self-governed kingdoms or city states. Today, they unite people from all over the world.

Which Events Were Present at the First Modern Olympics (1896)?

During these games, there were a total of 280 athletes from a total of 13 nations who competed in a total of 43 events. In the Ancient Olympic Games, popular events such as wrestling, running, chariot racing, and boxing were commonplace at the games. In the modern olympics, some of those original events were still present, such as wresting and running. Other events that were part of the 1896 Summer Olympics in Athens were cycling, sailing, shooting, swimming, fencing, and gymnastics. Most of the events that were on the schedule back then are still are still part of the Olympics today.

Now, the game are held every four years. It used to be that the  Summer Olympic Games and the Winter Olympic Games were held on the same year. Now, they’re actually held two years apart from one another in order to space them out. The Olympic Games have been going on since 1896 and there is both a summer and winter round. They’ve grown considerably since those first games, and now it is widely recognized as being a global sport that all nations aspire to participate in.