Written by GreekBoston.com in Modern Greek History Comments Off on Information About Greek Flag Day 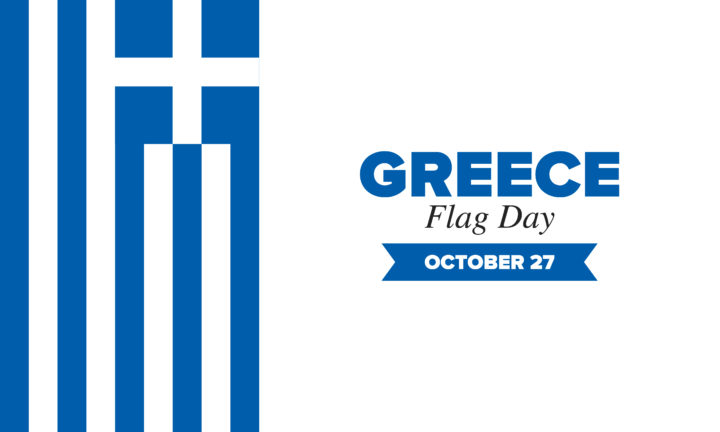 The classic Greek flag is something that gives Greeks throughout the world a feeling of pride. Immediately recognizable, with its blue and white stripes and blue cross, the flag is a reminder of how much Greece has overcome throughout the years. Greek Flag Day, also known as Greek National Day, which is celebrated each year on October 27th, is a chance to celebrate the flag and feelings of pride about what it means to be Greek. Here’s more intimation about this:

History of the Greek Flag

The current country flag has a similar appearance to several Naval Ensigns that were in place starting at 1833. The Military Junta adopted a flag that is similar to today’s flag, and that was being used from 1970 to 1975. Three years later, the flag that is in use today was adopted. Click here for more history of the Greek Flag.

Flag Day is the Day Before Oxi Day

National Flag Day in Greece takes place on October 27th of each year. For those who know about Greek history, you may recognize this day as being the day before Oxi Day, which is a known as the “Day of No” or the “Anniversary of the No.” As you may recall, when the Axis Powers were trying to gain momentum, they determined that the island of Crete was very strategic. If this could fall under Axis control, it could serve as a way to launch operations from when invading other countries.

The Greeks were given a choice – they could succumb quietly and let the Axis occupy the island, or they could say no and face the consequences. They said no, and the ensuing battle was difficult. It took a while, but Greece did succumb, but they fought bravely and served as an example to the world. Greece, a country without a lot of resources, stood up to the Axis Powers and nearly won. For the first time, the Allies realized they really did stand a chance to win World War II, and Greece was the catalyst for it. Oxi Day is a time to remember this, and it takes place ever year on October 28th.

If you think about it, it makes sense to celebrate the national Greek flag on the day before Oxi Day, which is October 27th. While Oxi Day is a much more major holiday than flag day is, it’s important to also set aside time to pay tribute to the flag. Oxi Day is a national reminder of exactly what the Greek people are capable of, especially when it comes to the history of World War II. The flag itself represents the enduring spirit of the Greek people, and reminds people of just how far the country has come over the years.