Written by GreekBoston.com in Modern Greek History Comments Off on About Flokati Rugs from Greece 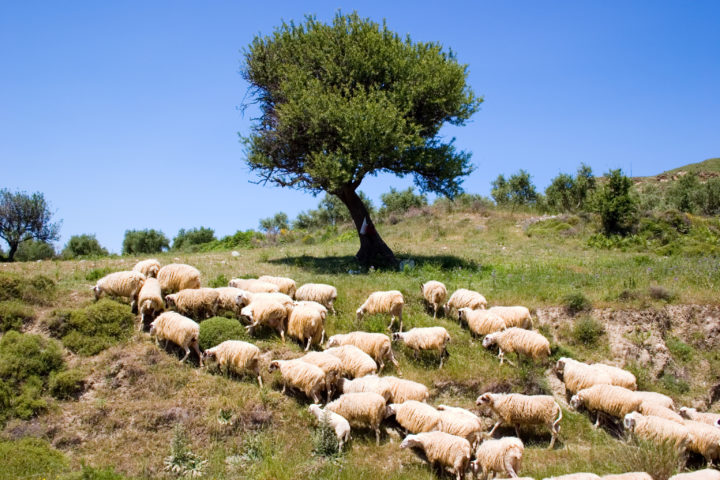 When you visit Greece, one thing you will notice is that there are often herds of sheep that dot the countryside. These sheep roam through through the mountains and hills, grazing on whatever they can find. Close by, you will usually find at least one shepherd, either on the back of a donkey or inside a pickup truck, whose sole purpose it is to keep the herd in line and to get them to move from one place to another.

In fact, you may even have a funny story or two about a herd of sheep in Greece obstructing a road in Greece or moving quickly through the countryside at the prompting of the shepherd. If you are in its path while this is happening, your only choice is to jump out of the way!

Because there are so many sheep in Greece, it stands to reason that the animals will be used for their goods. Sheep milk is either drunk or crafted into cheese. The wool is sheared and spun into yarn, which is then used to make clothing and other products, such as handcrafted rugs.

Flokati rugs, also known as βελέντζα (velentza) rugs, are some of the products that is made from the sheep’s wool.  Here’s a look at what Flokati rugs are and the history information, as well:

What Are Flokati Rugs? 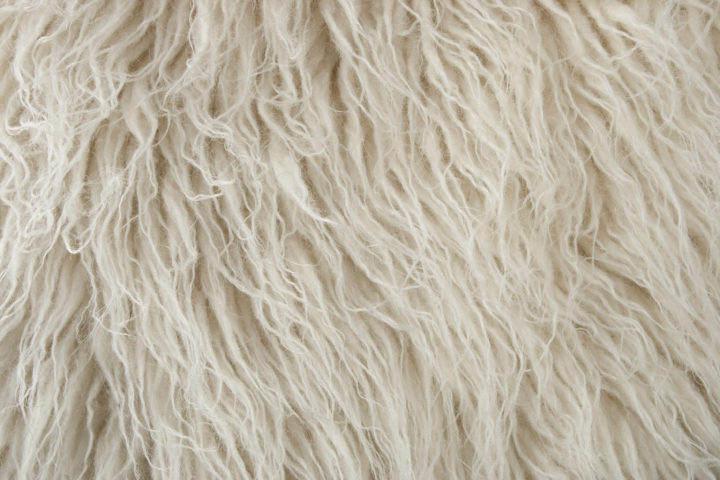 Flokati rugs are a special type of rug that is produced in Greece from the wool of these sheep. These rugs are woven in a specific way in order to create a luxurious, shag pattern. They are most often made of wool, but they could also be made of other materials. The traditional way to make these rugs is by using wool. The shag pattern is specifically unique to this type of rug.

They are a popular choice for decorating not only in Greece, but throughout the world. Part of the reason why they are so popular is because of how versatile they are. Shag rugs add texture and character to a decorating scheme and can have a wide variety of uses.

There are rugs made throughout the world that are similar in appearance to Flokati rugs. The name “Flokati” is derived from a latin word floccus and was borrowed into Greek. There is also a similar type of rug in Greece known as βελέντζα (velentza). These rugs are produced in a similar way as Flokati rugs.

The word “Flokati” seems to have made an appearance in the Greek language in the late 1960’s. The rugs themselves surged in popularity in the 1970’s. Although they became less common after the 1970’s, they surged in popularity once again. Originally,  they were marketed in a way that branded them as a rug that gave the decor something unique and different. A company called Gagalis sold most of these rugs back then and several companies are continuing to make them today.

Raising sheep in Greece has been a practice that has been going on since ancient times. Back then, the animals were used much in the same way as they are today, by turning the wool into yarn for textiles or rugs and making cheese out of the milk.