Europe on the Brink of War

World War II began on September 1, 1939 when Germany invaded Poland claiming that Poland had sabotaged German targets. Two days later, the United Kingdom and France declared war on Germany. Battle lines were drawn and many key players came into light. On one side you had the Allied forces, which included the United Kingdom (with support from its Independent Dominions: Australia, Canada, New Zealand, and South Africa) and France who were fighting to support Poland. On the other side the powers at play- the Axis forces, included Germany, Japan, and Italy. 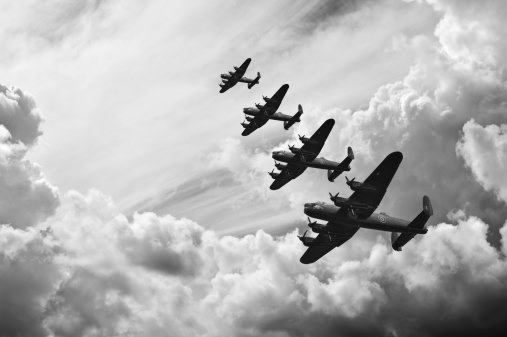 Greece remained relatively neutral during the first year of the war, and didn’t pledge allegiance to either the Allied or the Axis forces. Greece had remained friendly to Germany at the beginning of the war due to its trade partnership; however things quickly took a turn when Italy, one of Germany’s allies, announced that they would invade Greece to gain a strategic advantage from within the country. On October 28, 1940 just over a year since World War II officially began Emanuele Grazzi, the Italian Ambassador to Greece in Athens handed Greece an ultimatum from Italy’s Prime Minister, Benito Mussolini for Italy to enter Greece and set up camp at specific points in the country.

The Prime Minister of Greece at the time Ioannis Metaxas refused the ultimatum and announced with the French phrase“Alors, c’est la guerre,”��which means “Then its war.” Hours after the declaration from Metaxas, Italy began invading Greece via Albania, which marked the start of the Greco-Italian War and also signified that Greece had officially entered World War II.

The Events Leading to the Greco-Italian War

Albania, Greece’s neighbor to the northwest became a target of Mussolini’s. Geographically it made sense. Italy was separated from Albania by the Adriatic Sea and from Greece by the Ionian Sea. The point where the Adriatic and Ionian Seas meet narrows, making access to Albania and the northern border of Greece a matter of a quick trip by boat from Italy. Mussolini used this geographic advantage to invade Albania on April 7, 1939, by attacking all of the Albanian ports at the same time. Quickly the country fell to Italy which pushed the Italian forces closer to Greece as the two countries share a land border.

Mussolini wanted to invade Greece right away, but was pressured by his own administration to wait on the pursuit of Greece. While Greece had strong financial ties to Germany it soon began to side more with the United Kingdom. Mussolini considered Greece’s increased cooperation with the UK a threat and made preparations to attack Greece. Greece’s leader, Metaxas tried desperately to keep the country neutral as the rest of Europe waged into war.

On August 15, 1940 a Greek naval cruiser named the Elli was anchored near the island of Tinos for the celebration of the national holiday, the Feast of the Dormition of the Theotokos. Italian forces in the submarine Delfino attacked the ship with torpedoes and the ship caught fire and sank. Still, Greece had hoped to avoid a confrontation with Italy and announced that the attack had been by a submarine of “unknown origin.” Most Greeks knew that the attack had been carried out by Italy and the stalling of the war came to its inevitable end when Italy invaded Greece at the end of October 1940.