Written by GreekBoston.com in Greek Mythology Comments Off on Legend of the Fall of Icarus 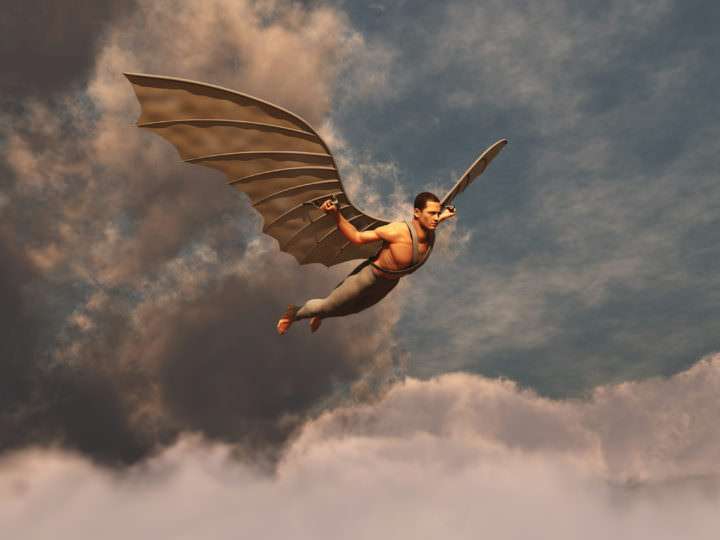 In Greek mythology, there are plenty of heroic stories. However, not all the stories are like that. The story of the fall of Icarus is a tragic tale that actually originates with his father, Daedalus. In a way Icarus was made to suffer for his father’s deeds that were committed well before he was born. Icarus’s story began and ended on the island of Crete, but Daedalus, his father, actually began the tale in Athens. Here’s the details of the story:

The story begins and ends with Daedalus, Icarus’ father, who worked as a craftsman in Athens. Daedalus had an apprentice named Talus who showed a lot of skill. Daedalus was jealous of him and pushed him off the edge of the Acropolis. Talus, however, didn’t die. Athena turned him into a bird. Daedulus, however, was charged with murder and had to move to the island of Crete. This incident happened before Icarus was born. If Daedalus hadn’t done this to Talus, Icarus’s birth and death may never have taken place.

Daedalus built a new life for himself on Crete and became one of King Minos’s architect. He also married a slave named Naucrate and they had a son together, Icarus. King Minos gave Daedalus the task of building something to contain the Minotaur monster. Rather than build a simple cage, he actually built a complex labyrinth where those who entered couldn’t leave. The Minotaur, was, for the most part, a secret and after the labyrinth was complete, the king locked up Daedalus and his family so they could keep the secret.

The Fall of Icarus

Daedalus created an escape plan, and this is eventually where Icarus met his doom. Daedalus realized they could escape by air so he collected feathers and turned them into wings by binding the feathers together with wax. He made two sets – one for himself and one for his son, Icarus. When it was time to escape, they put on their wings and began flying. Before they did, though, Daedalus told Icarus not to fly too close to the sun. He didn’t listen and plunged into the sea near the island of Ikaria. The wax melted when he got too close to the sun and the wings fell apart.

Although Daedalus did escape, he was filled with grief over the loss of his son. He did, however, manage to take refuge with King Cocalus. Minos set a trap for him by creating a puzzle that Daedalus likely couldn’t resist. When he came out of hiding to solve the puzzle, Minos tried to capture him. Cocalus stepped in and persuaded Minos to stop and take some time to relax. During this time, Cocalus’s daughters, who were fond of Daedalus, plotted against Minos and killed him. Although Daedalus did lose his son, his own life was spared thanks to the King’s daughters.