On Easter Saturday, Orthodox churches across the world are completely darkened and jam-packed with Orthodox faithful

waiting to ‘receive the light’. In a very symbolic moment—literally the highest point of the Easter Season—the light comes representing the resurrection of Jesus Christ. As is customary, the priest comes with only one lit candle aptly singing, “Come receive the light from the unwaning light”, which is then passed to the people in the church. In no time the light of hundreds upon hundreds of candles illuminates the darkened church.

Now as is the case with many things in the Orthodox Church this can be traced back in history, and in this particular instance it mirrors an annual occurrence—or miracle—in Jerusalem. This is the miracle of the Holy Fire [Ἃγιον Φῶς or “Holy Light], and it occurs every year on Holy Saturday at the Church of the Holy Sepulcher in Jerusalem, said to be the spot where Jesus was buried in his tomb. Orthodox Pilgrims pack into every inch of the Church, while groups of Israeli Authorities [Muslim Turks during Ottoman Occupation] enter the tomb containing the rock where Jesus was laid to check for any hidden source of fire, The Patriarch of Jerusalem is also searched before entering the tomb.

It is said that the after the Patriarch kneels and says very specific prayers, a bright blue light rises from the marble stone where Christ was buried and forms a column of fire from which the Patriarch lights his candles. The Patriarch emerges with the candles burning and distributes the light to the crowd and other clergy. It is said that the fire also spontaneously lights other lamps and candles around the church, and many claim that the Holy Fire does not burn them when held to their faces or hands.

Historically, the flame has not arrived on only a few instances. It is said that in the 12th Century, Roman Catholic priests tried to force their way into the tomb to receive the light, but they were unsuccessful. One of the most astonishing instances happened in the year 1579, when non-Orthodox clergy bribed the Turks to be allowed to enter the Sepulcher and receive the light, while the Orthodox Patriarch and his faithful were forced to stand outside of the church. The Holy Fire did not come, instead it is said it took the form of a lightning bolt and struck the column where the Patriarch was standing. The very same charred column can still be seen today with a giant black crack extending up from its base.

The Holy Fire is gathered from Jerusalem every year and is flown on special flights to Athens, and several other capitals of Orthodox countries to be distributed to the faithful. Though the miracle has raised many critics and skeptics calling it a fraud, after 1,200 years it nevertheless has become an integral part of the celebration of Christ’s resurrection for countless Orthodox pilgrims. 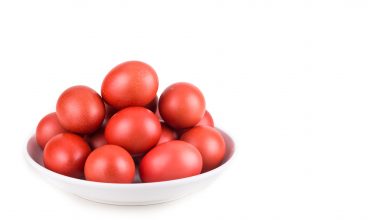 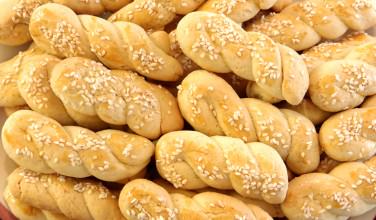 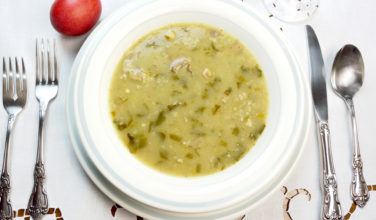