Written by GreekBoston.com in Modern Greek History Comments Off on A Broken Greece Leads to Resistance in World War II 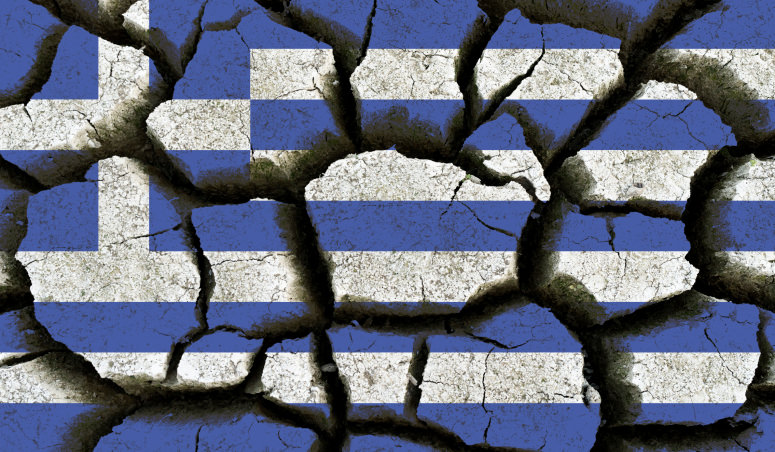 While Greece managed to stay out of the war longer than most of the European countries involved, once Greek feel to a tripartite rule by Germany, Italy, and Bulgaria; the country fell to pieces. Resources and industry were taken over, leaving the Greek people with scarce food and energy supplies. While Germany set up a collaborator “government” (The Hellenic State) to act as an interim government, the move was symbolic and the Greeks had little leadership against the tri-party occupation.

A Monarch in Exile

During the time of World War II, Greece’s King was King George II (not to be confused with King George II who ruled England 1727 to 1760). When Germany invaded on April 6, 1941 the government and the palace were thrust into the spotlight. On April 23, King George and the government were moved from mainland Greece to Crete as Crete had yet to be taken over by axis forces. However, the Battle of Crete changed the plan and forced King George to retreat to Egypt.

Once in Egypt the King was forced to retreat to exile in Great Britain as the King of Egypt, thanks to King Farouk who was supportive of the Italian government. While in exile, he was recognized by the international community as the head of Greece and was backed by his government who went with him in exile. Yet back home in Greece, there was little representation for the people and as a result, resistance efforts sprang up the country.

There were pockets of acts of resistance that occurred throughout Greece. Most significantly, an event occurred on May 30, 1941, less than two months after Greece officially came under the rule of the Axis powers. Once the Nazi powers took control, they placed a Nazi banner on the iconoclastic Acropolis. A law student Apostolos Santas and business student, Manolis Glezos stealthily tore down the Nazi banner, which created a wave of hope among the Greek people.

While moments of resistance were popping up nation-wide, there was little in the way of a unified front. That came in the form of an unlikely group, the communist party of Greece. Under the Metaxas regime the Communist Party of Greece was outlawed. As a result, many of the party members were able to escape from the German’s rule and set up underground. The communist party worked to put together an organization called the National Liberation Front (EAM).

The EAM was founded immediately following Germany’s attack on the Soviet Union. While the Soviets had been on Germany’s side in the beginning of the war, Germany’s actions led the communist Soviet government to switch sides in the war. In solidarity with the communist powers in the USSR, the exiled Greek community party set up the EAM. In its charter, the EAM was established with the responsibility of liberating the “Nation from foreign yoke” and the “guaranteeing of the Greek people’s sovereign right to determine its form of government”.