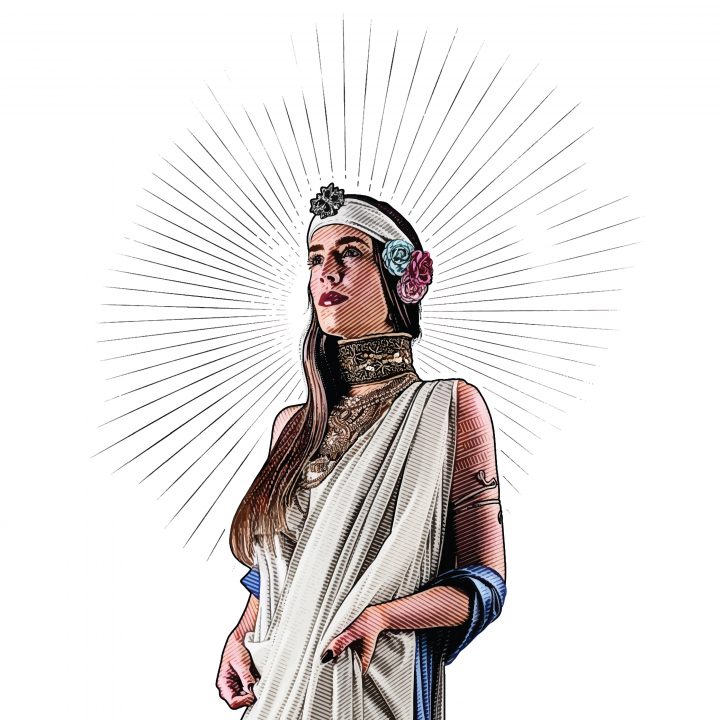 Greek mythology is full of individuals of immense power, chief among them the Fates. The Fates controlled the destiny of every person in creation, from the lowliest mortal to Zeus himself. One of the Fates was Clotho, who spun the web of life. Here is more information about her and the role she played in Greek mythology:

Sources differ on the origins of Clotho. While the Theogony of Hesiod tells that Clotho and her two sisters, Atropos and Lachesis, were the daughters of Erebus and Nyx, others tell that Clotho and her siblings were born of a union between Zeus and Themis. Together, Clotho, Atropos, and Lachesis are known as the Three Fates, or Moirai.

Storytellers compare the Fates’ work to the weaving of a piece of cloth. While Clotho spun the cloth, Lachesis determined its length and Atropos when it would end. As goddesses, Clotho and her sisters were worshipped by the ancient Greeks. While many gods in the Greek pantheon were far more powerful than Clotho and her siblings, they nevertheless had to abide by the decisions made by the Fates.

Myth of the Ivory Shoulder

One of the most important myths that features Clotho is the tale of Tantalus and his son Pelops. Seeking the blessings of the gods on his kingdom, Tantalus invited them for a special banquet. During this feast, Tantalus served the pantheon his son, whom he had cut into pieces and served in a stew. While most of the Olympians sensed what Tantalus had done, the goddess Demeter ate the child’s left shoulder because she was overcome with grief at losing her daughter, Persephone, to Hades.

The gods rebuked Tantalus for his crime and condemned him to Tartarus, a place of eternal punishment in the underworld. Seeking to help Pelops, the gods turned to Clotho to bring the child back to life. With Clotho’s help, the gods reassembled Pelops in a cauldron, with the shoulder that was eaten by Demeter replaced with ivory.

As stated above, Clotho and her sisters decided the fate of everyone without exemption. While mortals and gods alike were bound by their decisions, some tried to sway the Fates to their own ideal future. Thus is the story of Alcestis. Alcestis was the wife of King Admetus, with whom she had two children. When Admetus became sick and near death, Alcestis came up with a plan to save her beloved. With the help of the god Apollo, Alcestis got Clotho and her sisters drunk in the hope of convincing the Fates to spare Admetus.

The intoxicated Clotho informed Alcestis that she could save Admetus if she found someone who could replace him in death. With no one volunteering to die in the king’s place, Alcestis offered herself to save her husband. Just as Alcestis was herself about to die, Heracles arrived and wrestled Thanatos, the personification of death, away from the couple. The two then lived a long, happy life together.

Clotho is one of the most important individuals in Greek mythology. While not as powerful as Zeus, Clotho and her sisters nonetheless controlled the destiny of every being in the Greek world, making her a force to be reckoned with in many stories.