Macedonian Army of King Philip II and Alexander the Great

Written by GreekBoston.com in Ancient Greek History Comments Off on Macedonian Army of King Philip II and Alexander the Great 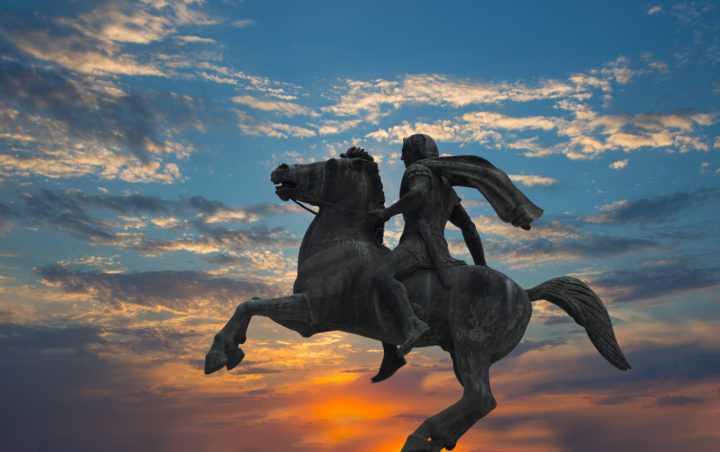 The accomplishments of both King Philip II and his son, Alexander the Great are amongst the most celebrated and controversial of Ancient Greece. No matter how you view what they did, they couldn’t have done it without their army. The army was formed by King Philip and then the tradition continued with Alexander. In fact, the Macedonian army began in  357 BC when Philip II became the king and then ended with the death of Alexander the Great in 323 BC. Here’s more information:

The Formation of the Army and the Reign of Philip II

The unification of the Ancient Macedonia Army occurred within a year of Philip II’s ascendancy to the throne, after the death of his elder brothers, King Alexander II and Perdiccas III. Philip II desired to unify Macedon itself through the formation of strong, order army which became Macedon’s greatest source of wealth. Philip II achieved this in part by greatly increasing the number of troops in the army and made it the source of its wealth and power. Philip also increased the speed of the Macedonian Army by ridding it of wheeled transport and lowering the number of servants which would travel with the army. This allowed the army to diligently progress across the areas surrounding Macedon.

The Structure of the Macedonian Army

The Macedonian army was greatly distinguished by its Companion Cavalry, seen by many historians as the greatest cavalry in antiquity. This cavalry was divided into sub-units of 200 men each with the exception of the leading squadron, the Royal Squadron, which had 300 men. The Macedonian Army utilized a “wedge” formation with its cavalry. this formation is a triangular shaped configuration which the cavalry formed into as it went into battle.

Philip II also introduced catapults into his army, one of the first leaders in history to do so. Within one year of Philip II’s leading the army, the Macedonians had reclaimed the territory known as Upper Macedonia, which had been taken from Macedon by the neighboring Illryians, who inhabited the Balkans. The army that Philip II formed was not merely of Macedonians but also of inhabitants of neighboring areas.From the north of Macedon came skirmishers, who were helpful in bombarding the enemy and committing uphill attacks. Mercenary troops of conquered territories were also incorporated into Philip’s Army.

The Army and Alexander the Great

After Philip was assassinated Alexander the Great took the throne. He was only 20 years old. Under the leadership of Alexander, the Macedonian Army was able to to defeat the Persian empire and expand Greek settlements farther East than Greece had ever been able to before. This helped to spread Greek culture into Greek Asia, a phenomenon we now refer to as Hellenization. As leader, Alexander the Great strengthened the Macedonian army with his brilliant strategic skills. He also improved the cavalry and incorporated allied forces in the Macedonian Army.

Alexander the Great died somewhat mysteriously at the age of 32 on June 11, 323 BC and after this, the great army would never be the same.