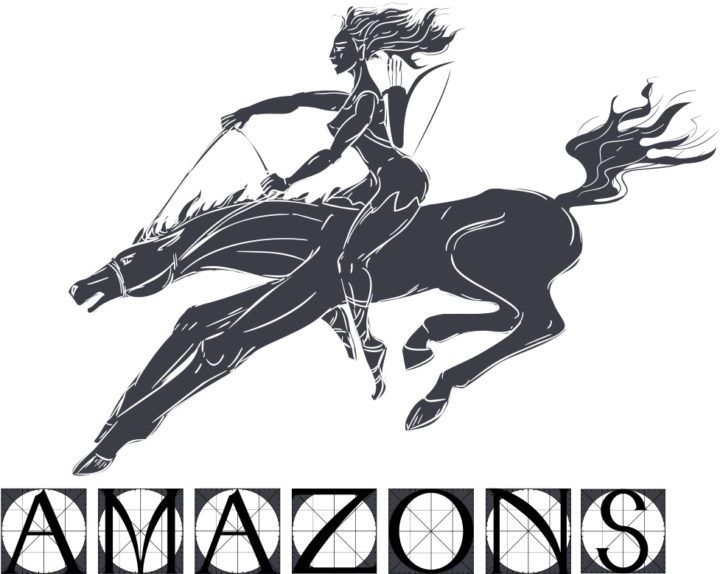 There is much lore surrounding the Amazons – a race of female warriors. In fact, the ideas is so intriguing that several cultures have their own stories. Speculation has been made that the mythical Amazons were actually women who came from Ancient Sparta, but it’s hard to say what inspired the legends or if there even was a real-life inspiration. Greek writers such as Herodotus and Homer wrote about their affinity for war, and their stories still resonate with women today. Here’s more information:

Who the Amazons of Myth Were

As mentioned above, the Amazons were a race of female warriors. According to legend, they either killed or imprisoned men for slavery. Heredotus refers to them as “Androkotones,” which means “killers of men.” They were taught from a young age how to fight and also learned how to use a bow, an axe, and their shields. These were the weapons they were most often depicted with. When a male was born into the race, they were either killed or turned into salves. They were often kept around to help breed more female children. They were seen in the society as unnecessary except to procreate. They also often removed one of their breasts to make it easier to use their bow. When stories were told about them, they were shown to be strong, dangerous women who were also very beautiful. They were definitely the subject of fascination.

In Greek mythology, Amazonian women are present in a myriad of myths, interacting with both Greek heroes and Greek gods. Theseus, for example, fell in love with Antiope, sister of Queen Hippolyta. During Hercules’ story, Theseus accompanied the tragic hero on one of his twelve labors – to steal Queen Hippolyta’s girdle. Theseus kidnapped Antiope, took her to Athens, and somehow persuaded her to fall in love with and marry him. The couple was actually happy and even shared a son. However, this happiness didn’t last. Molpadia, a fellow Amazon, located Antiope and decided to steal her back. Antiope refused to leave, and Molpadia speared her. Molpadia was later killed by Theseus in revenge for his wife’s murder. Antiope was the only Amazon to ever abandon her tribe in order to live as a traditionally married woman. In addition to this story, the Amazons are mentioned in The Illiad and in the story of Alexander the Great.

The Amazons were known as warriors who worshiped the moon. Because of this, two of there patron deities are Ares, god of war, and Artemis, goddess of war, and Cybele, goddess of the moon. Artemis can be regarded in many ways as an immortal Amazon. She was known to be fierce, warlike, and was also the goddess of the hunt and nature.

Many consider the Amazons to be the original feminists. Amazon women were known for being strong and independent and for the most part, their ideologies were at odds with the patriarchy in place in much of the rest of Greece. It is interesting to note that the ideals of the Spartan society did give women a place of prominence because they were well educated, fit and strong, and also required to run the households. This has led people to speculate that they were the real-life Amazons.