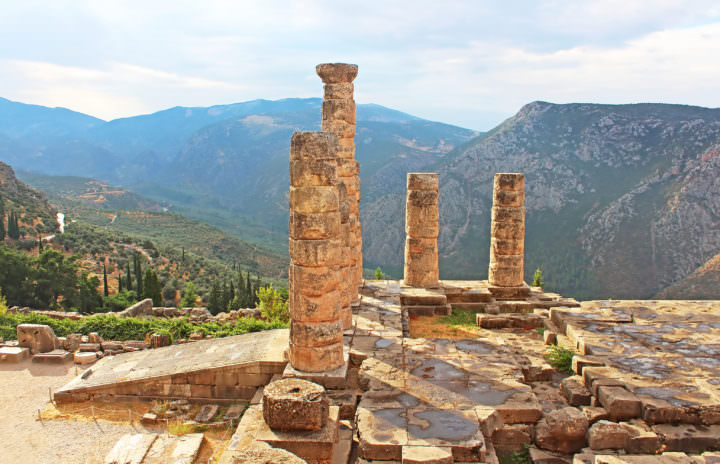 Python, also referred to as Phyton, was one of the most fearsome creatures in Greek mythology. He was a serpent who lived in the center of the earth near Delphi. In some depictions, he was thought to be a large and gruesome snake. In others, he was described as a dragon. The reason why Python was usually associated with Delphi is because the Ancient Greeks actually believed that Delphi was the center of the earth. Thus, Python was associated with both.

One of the most memorable stories of Python was the epic battle that he fought with the god, Apollo. This battle ultimately proved to be fatal for the serpent. Here’s more details about the fight between Apollo and Python:

Both Apollo and Python are part of the world at Delphi. Gaia was said to have lived at Delphi and Python was devoted to protecting her. Gaia is considered to be the mother of all the gods and long before Apollo and the Oracle herself came to Delphi, Gaia was said to have lived here. However, despite the dragon’s ancient purpose of offering Gaia protection, Apollo was unhappy with Python’s presence at Delphi and decided to do something about it.

Where the Battle Story is Found in Literature

The battle between Apollo and Python actually has a few versions. The most famous of these accounts is told in the Homeric Hymn of Apollo. It is thought that the poem was composed sometime around 520 B.C. and highlighted stories about Apollo, including his battle with the serpent at Delphi. In it, however, Homer didn’t refer to the creature as Python, but rather calls it Drakaini. Another version that is told about the battle is that told by Hyginus and many believe that this version was the original and it came before Homer’s.

The Battle Between Apollo and Python

As mentioned above, Homer spent a few lines of verse talking about Python and his battle with Apollo. However, he didn’t go into much detail. In the version by Hyginus, we know a little bit more of the story. In his version, it all starts when Zeus and Leto are expecting twins, the goddess Artemis and the god, Apollo. Hera, Zeus’s wife, was known for being jealous when her husband would take a mistress. So out of revenge, she sent Python to chase after Leto through the lands. This prevented Leto from delivering her children because she couldn’t give birth while being pursued by the creature. Leto was eventually allowed to give birth but when Apollo learned this story once he got older, he vowed to take his revenge. He went to Mount Parnassus to battle the Python and he was ultimately successful. This act of vengeance eventually brought Apollo to Delphi and he was associated with the ancient religious site ever since.