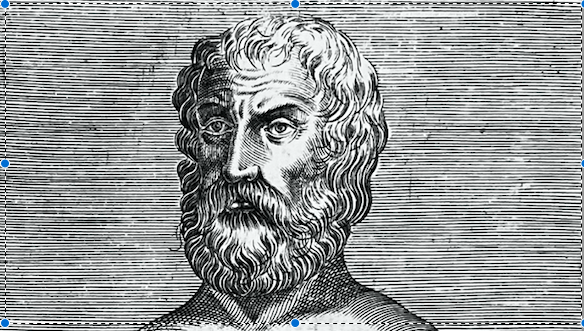 The Epic Cycle of Greek Mythology is a series of epic poems written by the poet’s Homer and Hesiod, which recounts the myths and history of ancient Greece. The lyrics are traditionally attributed to the 8th century B.C., but modern scholarship knows them only from copies made in antiquity.

It is one of the most important works in classical Greek literature, as it greatly influenced all subsequent Greek poetry, prose narrative, philosophy, theater, and Western culture more broadly.

Hesiod is the principal author of the Epic Cycle. However, scholars have debated what part he had in its creation. It is because his name does not appear in any original text, and he failed to mention it in his poems, only referring to himself in his “Works and Days.” He is different from Homer in that his writing style is more didactic than narrative and the language used is archaic rather than literary.

Steps of the Epic Cycle

The cycle begins with “Theogony,” a poem by Hesiod about the cosmos and its creation. The “Works and Days follow it,” a didactic poem about farming life, is also attributed to Hesiod. The epic cycle was completed with the “Homeric Hymns,” in which other mythological stories are given an account, especially those in honor of the god Apollo.

Events of the Epic Cycle

The events of the Epic Cycle begin after Zeus’s defeat of the titans and concludes with the death of Odysseus in Ithaca. It was said that the battles between the titans, gods, and heroes shaped much of Greek culture, in particular, their heroic values. Events included in this cycle also include most incidents occurring in the career of Heracles, as well as his descendants: Theseus and Pericles. The timeframe for these events is said to have overlapped with those of “The Iliad” by Homer.

Importance of the Epic Cycle

The importance of the Epic Cycle is it provides the earliest record of Greek Mythology, oral or written, and therefore provides an early perspective into the cultural mindset in which much Greek tragedy was created. It holds complete accounts of various myths once thought lost to time. Many tales were lost during this period, and many more were extensively modified.

Still, these epic poems provide such an excellent summation of various stories that they give us a sense of what religion in ancient Greece was like. The poets were inspired by gods and goddesses who told them their stories as if they were living among men. They were so high above the humans and mortal world that as W.H.D. Rouse said, “the main difference between them and us is not that they had gods and we have none, but that our gods work on a different plane.”

The Epic Cycle is one of the essential works in Greek literature and greatly influenced later cultures such as the Romans and medieval Europeans. The cycle gives us a sense of what religion in ancient Greece was like, though the perspective is from a mythological point of view. Their stories permeated much of their culture and art, including tragedy, which was influenced by Hesiod’s descriptions of his work.