Written by GreekBoston.com in Greek Mythology Comments Off on Mythical Genealogy of the Hellenes 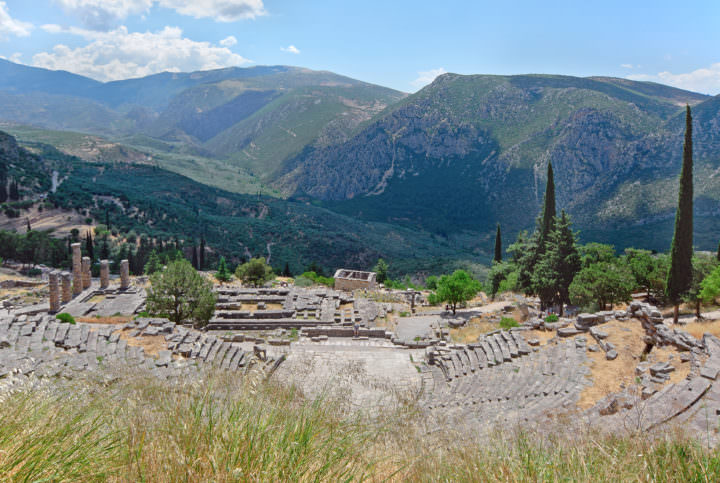 Most of us know that modern-day Greece is one of the oldest inhabited places on the earth. In fact, the exploits and accomplishments of the Ancient Greeks are often the stuff of legends. They invented theater and philosophy and made so many advancements, that many believe that it shaped Western Civilization today. But before they could make all these accomplishments, they had to have come from somewhere. Sure, historians and archaeologists have an understanding of this. However, there is also another side of the story. The way the Greek people originated is also the stuff of legends. Here is information about the mythical genealogy of the Hellenes or the Greek people:

Mythical Origin of the Hellenes

According to legend, the Hellenes, or the Greek people, are said to have been created from Hellen, the son of Deucalion, who was the son of Prometheus, the individual who gifted man with fire. However, in some versions of the stories, Hellen was actually considered to be one of the sons of Zeus. In most versions of the stories, however, Hellen is considered to be the original of the Hellens and is said to have fathered the whole race.

Hellen’s mother was named Pyrrha, and she was the daughter of Epimetheus, the the broter of Prometheus, and Pandora, the first human who was created by the gods. As you can see, Hellen had strong ties to many of the Greek mythological stories that pertain to mankind. For example, Pandora was the woman who opened the clay jar that contained the negative aspects of mankind, such as sickness and disease. When Pandora opened the jar, these things were unleashed.

The myths state that Hellen went on to have three sons, and each of these became the head of a new race of Greeks. His son, Dorus, became the creator of the founder of the Dorians. His mother, Orseis, was a water nymph. Another of Hellen’s sons, Xuthus, founded both the Achaean and Ionian nations. At one point, he was also the king of the Peloponnese. Aeolus, the last of Hellen’s sons, founded the Aeolians. Note that there is more than one Aeolus of Greek mythology and it is only Aeolus, the son of Hellen, that we are referring to here. If it weren’t for the fact that Hellen had these sons, the Hellenic people possibly wouldn’t have been born.

Real Origins of the Greeks

There are some theories as to the historical origins of the Greek people. Some believe that they arrived on the Balkan Peninsula in the 3rd millennium B.C and they spoke a version of the Greek language. It appears as if there was more than one migration, with the early tribes, such as the Ionians and the Aeolians being amongst the earliest people. There are other theories, as well, but this one is the most widely accepted.

No matter how the Greek people first alive in the lands we know of as modern-day Greece, knowing what the myths are is part of the cultural heritage.