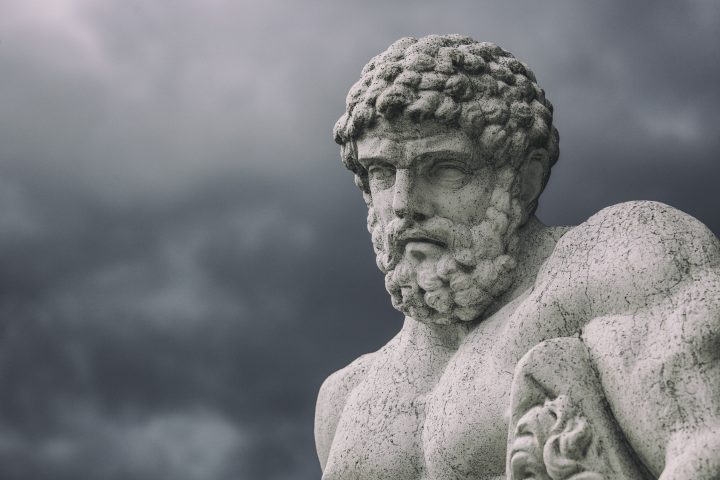 Although he is most often called Hercules after his name was modernized by the Romans, the ancient Greeks called him Heracles. He was half-man, half-god. His father was Zeus, king of the gods. His mother was Alcmene, a mortal woman.

Heracles is among the most well-known figures of ancient Greek mythology today. But far fewer people have heard of his  son, Hyllus. His mother was the Deianira, the Calydonian princess who was also the wife of Heracles. Here is more information about him:

The exploits of Hyllus play out after the death of his father. Before his death, Heracles was promised the rulership of three powerful city-states, Argos, Lacedaemon and Pylos. However, through the vindictive meddling of the goddess Hera, Heracles was robbed of his inheritance. The city-states were instead given over to the rule of Eurystheus, the king of Mycenae.

This meant that Hyllus and his siblings were thrown into exile. They eventually sought refuge in Athens and were granted a safe haven there. This did not sit well with Eurystheus, however. He demanded that the rulers of Athens turn over the children of Heracles or face a devastating attack on the city. The Athenian authorities refused.

It was a dire situation. Most feared Eurystheus would inflict enormous damage upon Athens by waging all-out our war on the city. The sister of Hyllus, Macaria, sought to avoid the conflict by offering herself up to Eurystheus as a sacrifice. Eurystheus refused her offer and war broke out. For all of Eurystheus’ bluster, however, he was defeated in the ensuing conflict. In fact, he was slain by Hyllus himself.

In the meantime, Hyllus and his warlike brothers had ambitions of their own. They formulated a plan to invade and conquer the Peloponnesus, a significant portion of southern Greece comprised of a peninsula extending into the Aegean Sea. Hyllus was successful in his conquest of Peloponnesus – but just a year later was forced to flee his newly taken land by the outbreak of pestilence.

Fortunately for Hyllus, he had powerful friends in high places. Aegimius was the king and lawgiver to the Thessalonians. He was also the mythical ancestor of the Dorians, one of the four major ethnic groups that make up the classical ancient Greeks. As it turns out, Aegimius was well disposed to favor Hyllus because his father, Heracles, had helped Aegimius gain victory in a war with the Lapidae years earlier.

Aegimius took in Hyllus and his brothers and granted him control over one-third of Thessaly. Furthermore, after the death of Aegimius, Hyllus assumed his place as ruler of a Thessaly, supplanting the two biological sons of Aegimius. Pamphylus and Dymas voluntarily submitted to accepting Hyllus as their king.

Legacy and Death of Hyllus

Now that he had secured a position of power, Hyllus was determined to revisit and conquer the lands that were once promised to his father, Heracles. He consulted the famous Oracle of Delphi to bolster his mission. The Oracle told him to “wait for the third fruit” and then launch his attack.

Misreading the true meaning of the Oracle, Hyllus opted to wait three years and then attack. The result was a disaster. Hyllus was killed in battle by Echemus, the king of Tegae.

Although we mostly know Hercules as being one of the great heroes, his son, Hyllus, was also a hero in his own right. His story is worth telling!