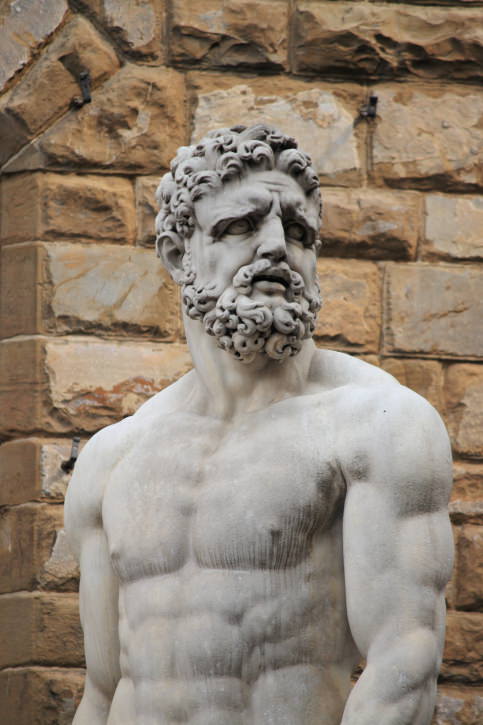 Not every story in Ancient Greek Mythology focused solely on the gods and goddesses. Sometimes, mortals and half-mortals would be part of the stories. In particular, the Ancient Greeks were fond of their heroes, or those individuals who displayed exemplary behavior on the battlefield or against a terrible foe, such as a monster. Some heroes, like Hercules, did a little bit of everything. Here is a list of the top heroes from Greek mythology.

Perhaps one of the most well known of the mythical heroes, Hercules certainly had his hands full. When he wasn’t engaged in a battle of wits with Hera, he was busy fighting other battles. Hera completely resented his existence because he was Zeus’s child by one of his lovers, the mortal Alcmene. His problems began at birth when Hera put snakes in his crib. Rather than cower in fear, the newborn Hercules fought, and won, the battle with these creatures. He also underwent his famous “Twelve Labors” which included tasks like slaying the Nemean Lion and capture the Cretan Bull, the father of the legendary Minotaur.

Achilles was the undisputed hero of the Trojan War and his exploits in battle have made him one of the most well known heroes in Greek mythology. Most notably, he slayed the Trojan, Hector, outside the gates of the city, which changed the direction of the war. He was the son of Thetis, a Nymph, and Peleus, a king. When he was born, his mother tried to make him immortal by dipping him the River Styx. Rather than succeed, his heel was damaged. This was a weakness he struggled with even during his heroic exploits. His exploits during the war were highlighted in The Iliad.

Theseus was the son of Aegeus, the King of Athens. He wasn’t born in Athens, but he journeyed there when he reached adulthood. During his travels, he had many adventures, which helped solidify his place as a hero. For example, in Corinth he killed Sinis, a dangerous outlaw who killed many people. During his reign in Athens, he was directed by King Minos to send some of his people to the Minotaur’s Labyrinth as a sacrifice. To prevent this from continuing, he traveled to Crete where he battled and eventually slayed the beast.

Odysseus was a great warrior who was also extremely clever. His actions during the war entirely changed the outcome of the battle. Because of him, the Greeks hid themselves in a wooden horse, which allowed the Greeks to break through Trojan Wars and put an end to the war. Before this, he and Hector, the Trojan hero, battled in single combat. Most of his exploits were written about in The Iliad.

Officially, Perseus is considered the “first hero” of Greek mythology. He was the son of Zeus and as a result, possessed a good amount of strength, and he was also extremely clever. One of his most notable exploits was removing Medusa from her head, thus rendering the infamous monster incapable of turning anyone to stone. The head, however, was still able to turn people to stone. It became part of Athena’s shield.