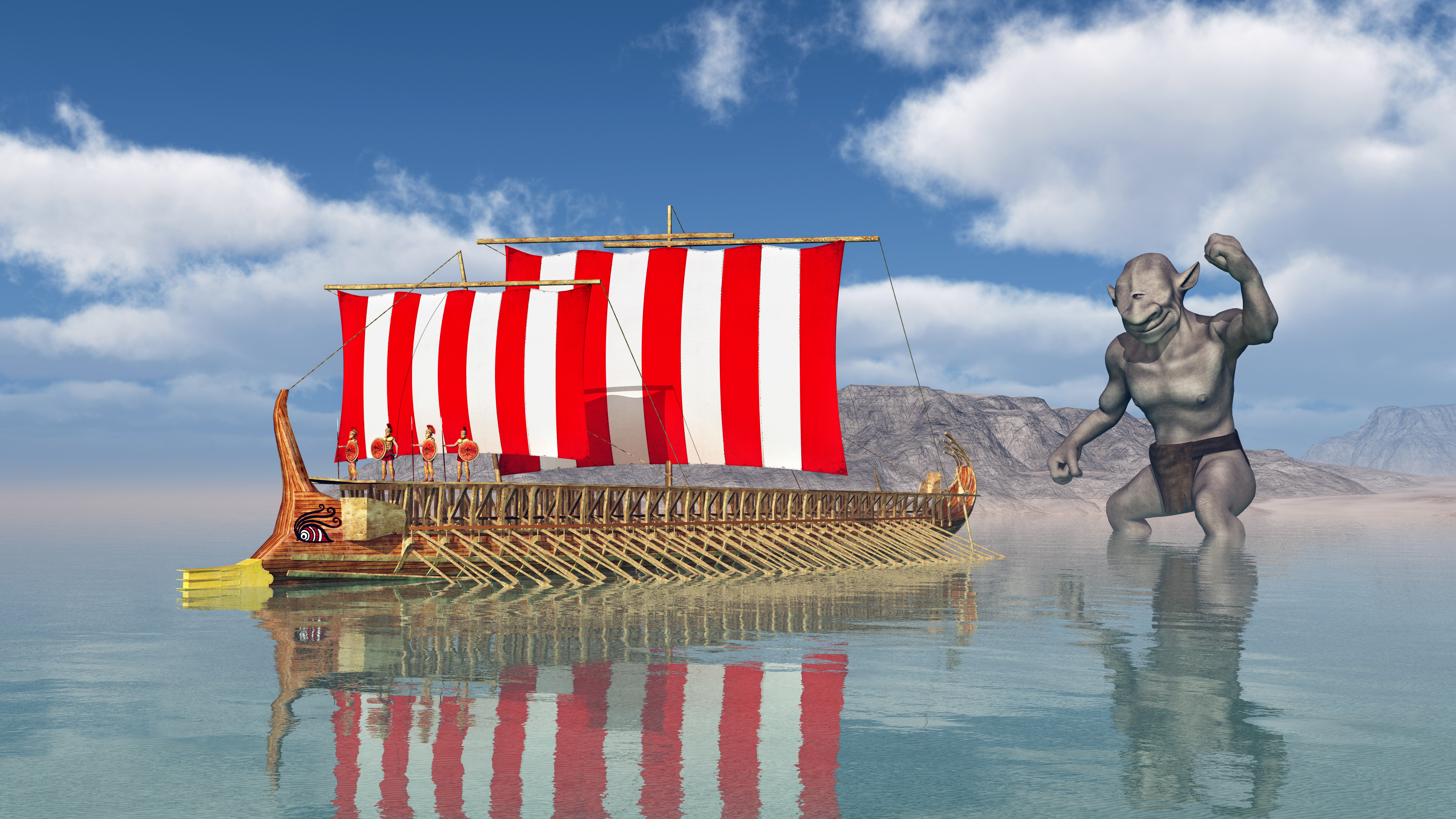 One of the most recognizable tales in all of Greek mythology was the Odyssey, which was written by Homer. The second part of a grander tale, with the Iliad being the first installment, the Odyssey tells of Odysseus’s adventures while he made the journey home after the Trojan War was finished. Each of these adventures is a well-known tale in its own right. The story of Odysseus and the Cyclops is one of these adventures. Here are the details:

The tale of Odysseus and the Cyclops takes place almost directly in the middle of Homer’s epic poem, the Odyssey. In this tale, Odysseus, the Greek warrior, and his band of soldiers, had just finished fighting the Trojan War and were making the long journey home to their homeland of Ithaca. Along the way, they had many adventures, scandals, and dangerous encounters. The run-in with the fearsome Cyclops was one of these adventures. By the time they met the Cyclops, the band had already had other adventures, such as the encounter they had with the fabled Lotus eaters.

Odysseus and His Crew Become Shipwrecked

As part of their journey home, Odysseus and his band of soldiers sailed towards their homeland of Ithaca. During that journey, they become shipwrecked on an island. After they arrived on the island, they decided to seek shelter in an eerie cave. In the cave, they were pleasantly surprised to find plenty of large sheep, which they turned into a delicious meal. In the back of their mind, though, they did notice that everything around them was much larger than usual. Instead of worry about it, they decided to keep enjoying their meal and taking refreshment.

The Cave Belonged to the Cyclops Polyphemus

However, Odysseus and his crew were about to find out why everything was so large. They realized that this particular cave was the home of the Cyclops known as Polyphemus, who was the son of the sea god, Poseidon. Because the Cyclops was a fearsome creature, he decided to prevent the band from leaving the cave by blocking its entrance. Because the crew ate his sheep, he decided to eat the crew. He ate two a day until Odysseus decided to take action.

Odysseus knew that he had to escape from the cave. Instead of telling the Cyclops who he really was, he said that his name was, “nobody.” He gave the Cyclops a dose of really strong wine so that he would fall asleep. It worked and Odysseus and the men that the Cyclops didn’t eat created a very sharp staff. They blinded the Polyphemus in his one eye so that he would be powerless. Odysseus and the remaining members of his band finally were able to leave the cave.

Before Odysseus’s journey home from Troy back to Ithaca, there was a prophesy that said that he would successfully return home, but that the journey would take ten, long years. After hearing about adventures such as the one that he and his band had with the Cyclops, it’s easy to see why!