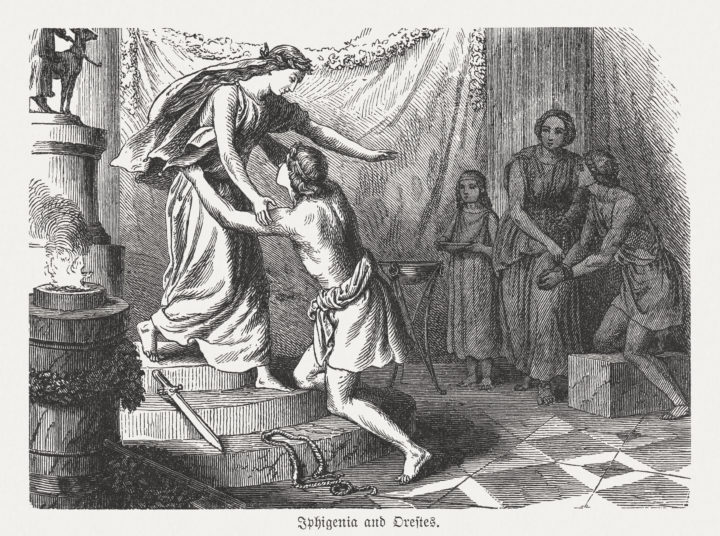 Orestes is a figure from Greek mythology and is the subject of several myths, plays, and other writings. He is  primarily known for murdering his mother and her lover in revenge for his father’s death. He doesn’t necessarily play a big role in the stories, but his role in these tales are all important. Here’s more information about Orestes of Greek Mythology:

Orestes was the son of Agamemnon, the king of Mycenae (Argos, in some versions), and his wife Clytemnestra. Upon Agamemnon’s return from the Trojan War, Clytemnestra’s lover, Aegisthus, murdered Agamemnon. Orestes was not present at the time of his father’s murder.

Clytemnestra was warned in a dream about her son’s vengeance. Years later, Orestes would return to Mycenae with the help of his friend Pylades and murder his mother and Aegisthus in revenge. In most versions Apollo is the god guiding Orestes.

However, matricide was a severe crime and in retaliation for it Orestes was haunted by the Erinyes (or Furies). Their pursuit drove him mad. When even being at the temple of Apollo was not enough to shield him from their torment, he pleaded for a formal trial.

Athena, the Goddess of Wisdom, accepted his request and held a trial before twelve judges, which included herself. The vote ended up being a tie, leaving Athena to be the deciding vote. She voted in favor of Orestes. In his gratitude, Orestes dedicated an alter to Athena. The Erinyes were appeased by being offered a new ritual.
Orestes eventually returned to Mycenae and married the daughter of Menelaus and Helen, Hermione. He ruled his father’s kingdom until he ultimately was bitten by a snake and died from it.

Orestes is referred to in a number of historical texts by Greek authors. Homer told the story of Orestes, as did Pindar. Euripides wrote a number of works about Orestes, including the famous play that bears Orestes’ namesake. Sophocles also wrote about the character in Electra and Aeschylus in the Oresteia. The poet Stesichorus contributed to the mythology surrounding Orestes as well.

Relationship Between Orestes and Pylades

Pylades was Orestes’ cousin and close friend, appearing in most of the stories about him and playing a pivotal role. Several Greek writers presented their relationship as a romantic or even homoerotic one. This is most exemplified in versions of the story where Orestes and Pylades seek the statue of Artemis. They were put in the position of choosing which one would leave and deliver a letter while the other would be killed. Both wished to sacrifice themselves for the other. Fortunately, both ended up escaping.

Influence of the Story of Orestes

Orestes’ story was considered a favorite among ancient artists and writers. As a result, there are significant amounts of ancient artwork and text featuring the character. The story of Orestes has also been adapted and retold many times over the years by more modern authors. This includes the famous opera Oreste by George Frideric Handel, the French tragedy Andromaque by Jean Racine and numerous other popular culture appearances.

Although not the most known character of Greek mythology, the role he played in some of the stories is a vital one. 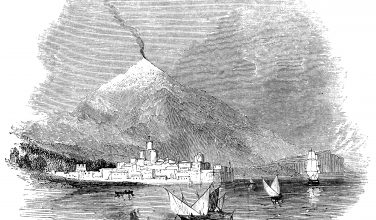