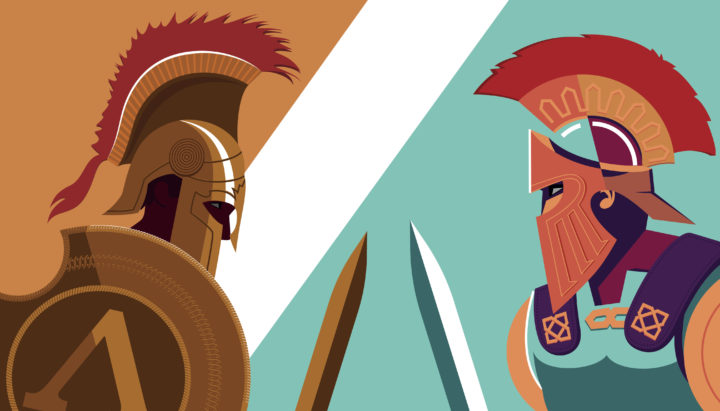 Peleus is most famous in Greek mythology for being the king of the Myrmidons of Phthia as well as the father of Trojan War hero Achilles. He was the son of Aeacus and Endeis. Peleus married Antigone and then eventually the sea nymph Thetis. The chaos of their wedding led to the Judgment of Paris, sparking the outbreak of the Trojan War. Here’s more information about him:

As youth, Peleus and his brother Telamon fought with Heracles against the Amazonian tribe. They laterinadvertedly killed their half-brother Phocus while hunting and sought exile in Phthia. Eurytion, then leader of the city and uncle to the two boys, forgave Peleus and allowed him to marry his daughter Antigone. The three men then joined Jason and his Argonauts in the quest for the Golden Fleece. During a hunting expedition for the Calydonian Boar, Peleus accidentally killed his uncle Eurytion. Upon arrival in Iolcus, Acastus, another member of the Argonauts, purified him of any guilt for the murder.

While in Iolcus, the wife of Acastus proclaimed her love for Peleus. After he rejected her advances, Astydameia sent a messenger to Antigone claiming that Peleus wanted to marry Acastus’s daughter. Antigone hung herself upon receiving the false message. Peleus narrowly escaped an attempt on his life by Acastus, but was saved by the centaur Chiron. In revenge, Peleus ransacked the village and killed Astydameia.

Peleus captured the sea nymph Thetis with the help of sea god Proteus. Thetis attempted to evade Peleus by shape-shifting, as she was unwilling to marry a mortal, but was out-smarted. Every god received an invitation to the extravagant wedding except for Eris. Angry and spiteful at her lack of invitation, Eris produced the Apple of Discord at the party. The Judgment of Paris, spurred by Eris’s throwing of the apple, began the events of the Trojan War.

Achilles and the Trojan War

Peleus and Thetis had seven sons, with only Achilles surviving past infancy. Before their marriage, Thetis has been told by the goddess Themis that she would bear a son whose greatness surpassed his father’s. Thetis attempted to render young Achilles immortal by dipping him in the River Styx. Peleus angrily intervened, causing Thetis to flee. As his heel was not dipped in the water, it was left forever vulnerable. When Achilles took off to fight in the Trojan War, his father gave him his armour for protection. During the war, Peleus served as King of Phthia, but quickly faced defeat. Thetis came to his rescue and they lived out the war in her sea cave.

Peleus appeared in works of mythology now lost to time or survive in fragments. Callimachus mentions a tomb of Peleus and annual celebration in his honor, but the text is now long-lost. He is a character in Euripedes’ tragedy Andromache. Several surviving pottery fragments depict Peleus and Thetis, and their wedding has been interpreted countless times in classical art. 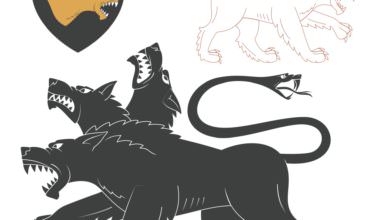