Written by GreekBoston.com in Greek Mythology Comments Off on Hera – Queen of the Gods 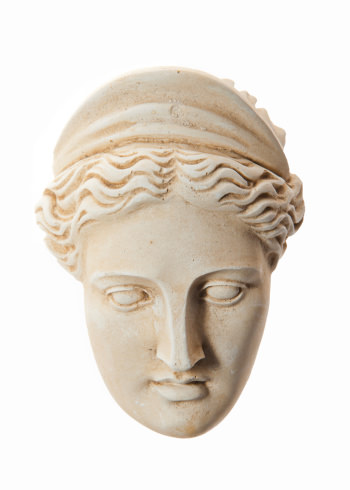 The people of Ancient Greece worshiped many gods and goddesses. In fact, each of the city-states worshiped one of these gods or goddesses. The people chose one patron god whom they respected and admired and built temples so they could worship. Hera, Queen of the Gods, was worshiped in Argos. She is also the Goddess of Marriage and Childbirth.

Though the Greek people are primarily Orthodox Christians, Greek mythology is still fun to learn. Ancient relics are still standing in modern Greece and it is fun to view these buildings to get a feel for what things were really like back then. These myths and legends are a big part of the lifestyle of the Ancient Greeks and their stories are worth remembering.

Cronus and Rhea, who were also siblings, were the parents of both Zeus and Hera. After Cronus learned that a male child would overthrow him, he began swallowing all his male children. Rhea plotted to protect Zeus from this fate and Zeus was, instead, raised on the island of Crete. When Zeus returned from Crete he did, in fact, overthrow Cronus. He also met Hera after he was grown.

Hera and Zeus had a rocky relationship right from the beginning. Zeus actively courted her for some time but she wasn’t receptive to his advances. Troubled by his lack of ability to enter into a romantic relationship with Hera, he tricked her by turning into a cuckoo bird.

While in this state, he pretended to be in distress. When she brought the bird to her chest to comfort it, Zeus changed back into his true form and raped her. Because this brought her shame, she ended up marrying him to cover up the incident. As you can see, their marriage wasn’t off to a good start.

Zeus’s romantic conquests are pretty well known. He had affairs with mortal women and goddesses and each time Hera found out, she didn’t take it well. She was jealous of both his lovers and his offspring from these affairs.

For example, she plotted to have Dionysus killed after learning about Zeus’s affair with his mother. In one version of the story, Dionysus’ mother was Persephone. When Hera found out that Persephone was having Zeus’s child, she sent the Titans to rip him apart. They succeeded but Zeus rescued his heart and formed him into a living human.

There are several classic symbols that have come to represent Hera. The first of these is a chariot that has been driven by peacocks. She was always depicted as a matron and often worshiped as a virgin. However, if Zeus raped her as one version of her story suggests, she wasn’t technically as one. Other symbols include the pomegranate, cow, lily, and the peacock feather.

As you can see, Hera and Zeus were far from being the perfect couple. In fact, their relationship was quite rocky. In a lot of ways Hera, Queen of the Gods, was the perfect match for her husband, Zeus.