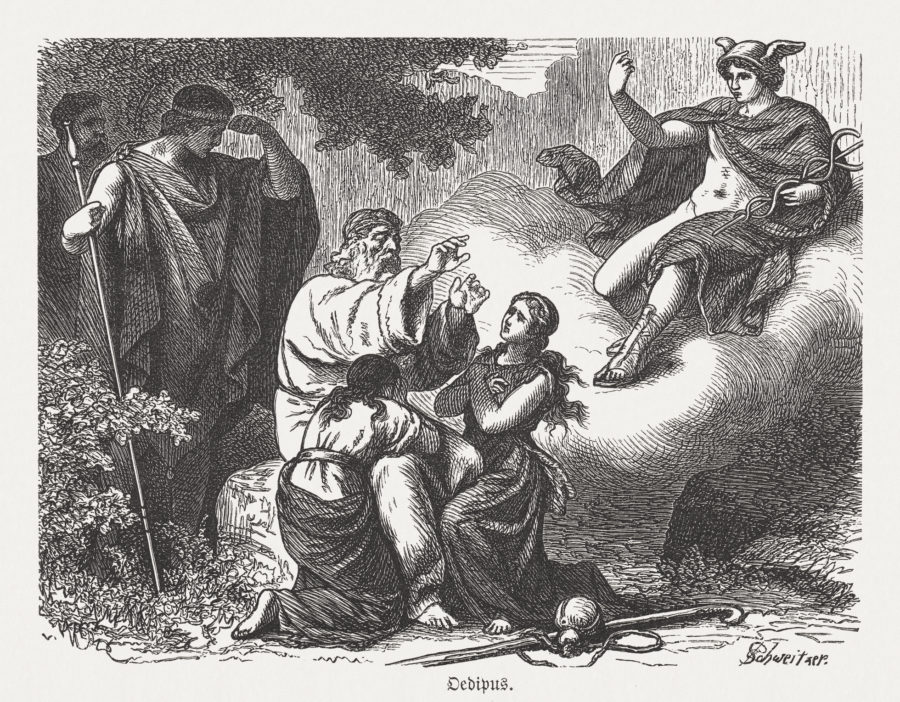 Many of us believe that the Greek mythological stories mostly center around the Olympian gods and goddesses. However, there is so much more to the stories than that. They also involve kings, heroes, wars, and other conflicts and in these tales, the gods and goddesses do play a part, but they aren’t always the focus.

The Boeotian city of Thebes is the setting for the four lost Greek epics known collectively as the Theben Cycle. These stories recount the mythical history of the city of Thebes and are believed to have been written down between 750 and 500 BC. Here’s more information about these tales:

About the Theban Cycle

Thebes was the largest city in ancient Boeotian and the focus of many greek myths and stories including Cadmus, Dionysus, and Heracles. A vital city center in ancient Greece, many items of historical value has been unearthed in Thebes, including clay tablets that date back to the Bronze Age and a Mycenaean village. Although a real place, there are some mythological stories that are also associated with this part of Greece.

These stories, which inspired many Greek writers of tragedies, tells the story of Theban starting with The Oedipodea and ending with The Alcmeonis. This collection is often considered part of the “epic cycle,” which includes the Titanomachy, the Theban Cycle, and the Trojan cycle. While most of the Theban Cycle has been lost to time, we do have some understanding of them through fragments and other written works that have survived.

The Oedipodea tells the story of Oedipus who had to destroy a sphinx to become King of Thebes. It has been opined that the Oedipodea told the story of how Oedipus killed his father then fled to Thebes where he encountered a sphinx. The sphinx was terrorizing the land and demanded the answer to a riddle of anyone she met. When Oedipus answered the riddle correctly, the sphinx killed itself in a rage freeing the people it had terrorized. Oedipus then married his mother, which made him King of Thebes. When it became known that Oedipus killed his father sometime before, his mother committed suicide. Oedipus then married a new wife who bore him four children.

In this poem, Oedipus has two sons, Eteocles, and Polynices who mistreated then pushed their father aside. Outraged, Oedipus cursed his sons with prayers to the gods. In the “Seven Against Thebes,” Polynices takes six commanders and marches on Thebes in a bid to take over. By the end of the tale, both Eteocles and Polynicesare dead and Thebes stands.

Some authors believed this poem was actually a part of The Thebaid and not a separate poem. It continues the story of the “Seven Against Thebes” with a new group of heroes. Eteocles and Polynicesare may have been killed, but the city of Thebes was taken successfully by the Argives anyway.

The Alcmeonis built off stories told in the Thebaid. Alcmaeon was in charge of the Argives who brought down the city of Thebes in revenge for the murder of their fathers – the original “Seven Against Thebes.” In Thebaid, Alcmeonis’s mother, Eriphyle, had his father killed. In the Alcmeonis, he finds out about his mother’s betrayal and has her killed.

Thebes was a real place, but there are also plenty of myths that have emerged from this. Many of these stories may have originated in real life, but over the years, they have changed to more closely resemble myths. These mythological stories can and do provide valuable insights into the way ancient people thought, believed, lived, and died even if they aren’t entirely true.