Written by GreekBoston.com in Ancient Greek History Comments Off on What to Know About the Roman Conquest of Greece 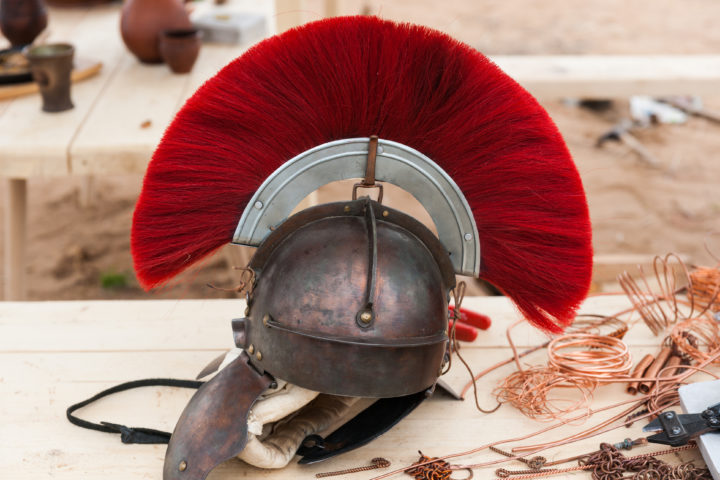 Greece was one of the areas that dominated the ancient world. They fought off the Persian Empire and expanded their boundaries, especially during Alexander’s reign. However, this didn’t last forever because Greece was eventually invaded by Rome. Here’s an overview of how this came to be:

Even though Alexander the Great made many conquests, he sensed that Greece would eventually be overcome by the Roman Empire. In reference to Rome, he said, “I am not afraid of an army of lions led by a sheep; I am afraid of an army of sheep led by a lion.” Although Greece would remain strong for a while even after Alexander’s death, it was only a matter of time before his fears were realized when General Mummius defeated the Greek army at the Battle of Corinth in 146 AD.

However, the Battle of Corinth was just the beginning. Rome’s conquest of Corinth did not lead to complete domination of Greece immediately. Since each Greek city-state was independent, Rome extended its power over Greece step by step. Its victory over Corinth destroyed the Achaean League, a loose organization of northern city-states. This opened the door to further victories over the rest of the Greek peninsula. Rome first made Macedonia, the northernmost territory, a Roman province. From this base of operations, the conquerors methodically extended power over other Greek cities through diplomacy and war. By 27 B.C., the conquest was complete when Augustus Caesar made the entire Greek peninsula the province of Achaea.

What is interesting is that after Rome conquered Greece, it is actually the Greek culture that influenced the Roman one. Usually, it’s the other way around. Though defeated, the Greek culture deeply influenced the Romans in many ways. First, Greek construction and architecture attracted much attention from the Romans. The Romans rebuilt much of Greece that had been destroyed over the century of wars. Julius Caesar and Augustus rebuilt Athens with the construction of the Roman Agora. A large concert hall called the Agrippa was built in 15 B.C. by the Roman general Marcus Vipsanius Agrippa. Hadrian built a library in 132 A.D. and finished the Temple of Olympian Zeus.  Second, Roman rulers and citizens held Greek culture in high regard. Wealthy Romans sought Greek tutors to teach their children. The literature and learning of Greece also influenced Roman scholars of the time. For example, Virgil was inspired by the tales of Homer to write his Aeneid.  Finally, the Greek language became the favored in the Roman Empire over the Latin language. Since Greece was the gateway to Rome’s territories in the east, Greek became the trade language that united the empire. All of these influences prompted Horace, the Roman poet, to conclude, “Captive Greece captured her rude conqueror.”  As the Roman Empire grew larger in the second and third centuries, it became necessary to divide it into a western and eastern section. The western division eventually dissolved into fragmented parts by the fifth-century A.D. The eastern section, with its capital at Constantinople, continued strong for almost a 1000 years, and Greece was an important reason for that strength and stability. With its long tradition of strong city-states, Greece enjoyed a new golden age of prosperity and stability with nearly 80 cities that endured into the Seventh Century A.D.

Source: Greece in the Roman Era Battle of Corinth