Written by GreekBoston.com in Greek Mythology Comments Off on Underworld – Kingdom of the Dead 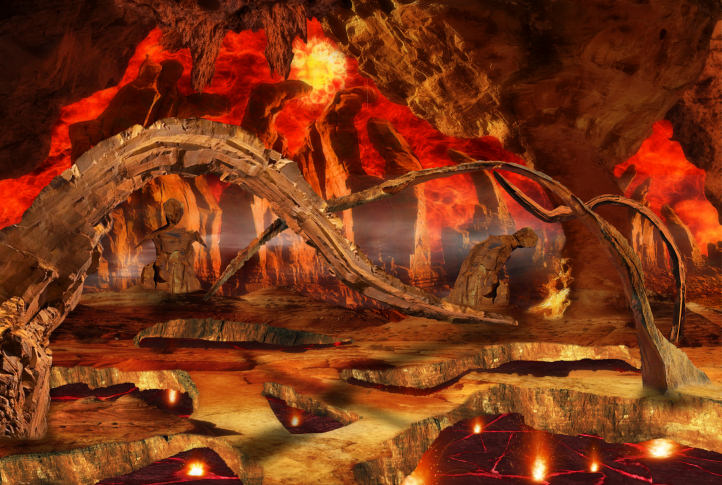 What is the Underworld in Greek mythology exactly? In today’s society, we picture the Underworld as a fiery, terrible place. In a lot of ways, this is an accurate picture of the way the Ancient Greeks understood it. However, there are some major differences. In Greek Mythology it was looked at more as a kingdom for the dead rather than a place where the “bad” people go as punishment.

The Underworld was actually divided into two general sections. In the Elysian Fields, souls were treated well and life here was fairly pleasant. There was, however, section of the Underworld where those who were particularly evil in life would end up. Here’s more information about the nature of the Underworld.

Hades – King of the Underworld

The only reason why Persephone was able to leave is because Zeus intervened to placate Demeter, the goddess who controlled the harvest and therefore, the seasons. While she mourned for her missing daughter, Persephone, Earth experienced a deep famine that was only lifted when she and Persephone were reunited.

Mood in the Underworld

Even though the Underworld was a kingdom, it wasn’t necessarily a joyful one. To end up here, it meant that you were no longer alive. Because life is joy, the Underworld was the opposite of that. People were despondent and lacked hope. They knew that no matter what they did, they couldn’t leave. However, it wasn’t an uncomfortable existence. People did have a chance to live fairly comfortably. They were just sad because they knew the Underworld is where they’d spend eternity.

How People Got There

Once a person dies, their soul moved on to the Underworld. Before that, however, they embarked on a journey. Hermes, the messenger god, would lead them to a place that was near the Underworld’s entrance. There, a boat waited. If the soul was able to pay the ferry, they could enter the boat, which would take them across the Acheron River. The tradition in Ancient Greece was to place coins on the eyes of the deceased for the boat fare.

Cerberus, the gatekeeper, would let the people on the boat through to the judges, Rhadamanthus, Minos, and Aeacus. If the judges deemed that the souls were worthy, they would move on to the Elysian Fields, which is where those who were “good” would end up. Life in the Elysian Fields was pleasant and rather happy. The rest would go to the fiery, unpleasant part of the Underworld where they would experience torment for the rest of eternity. So, even though the Underworld was simply a resting pace for souls, people were judged according to how they lived, which would determine how comfortable Eternity would be.