Learn About Chrismation in the Greek Church

Written by GreekBoston.com in Greek Christening Traditions, Greek Orthodox Religious Information Comments Off on Learn About Chrismation in the Greek Church 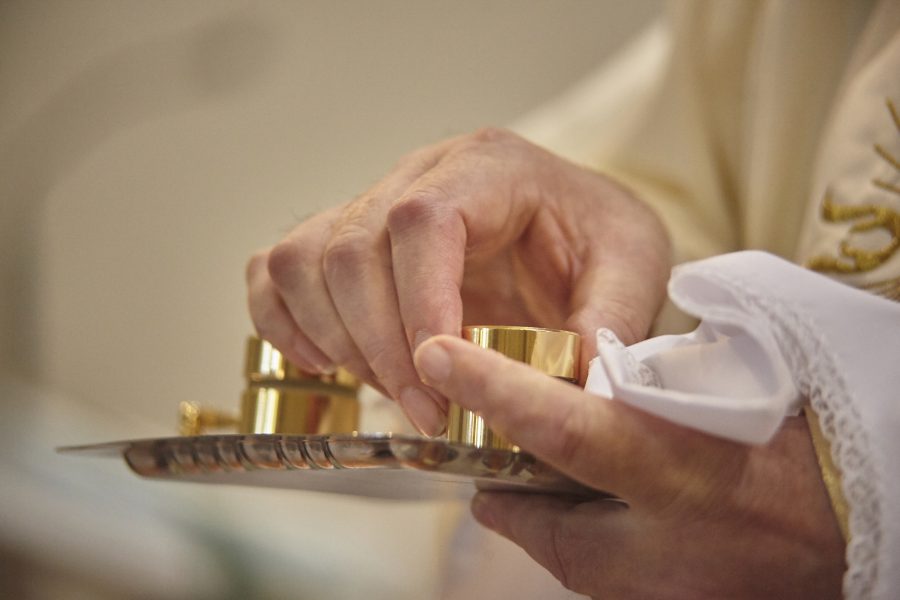 Chrismation is an important sacraments in the Orthodox Church. This is where Orthodox Christians, referred to as “the faithful”,  are given the gift of the Holy Spirit by anointing with oil. While through baptism congregants share in the Easter feast of the death and Resurrection of Jesus, chrismation is closely associated with Pentecost, the feast where the Holy Spirit descended upon many of Christ’s apostles and disciples. Here’s more information about this:

Chrismation in the Orthodox Church takes place soon after baptism. Orthodox leaders note the close link between the two sacraments. Orthodox teachings state that baptism and chrismation have no meaning without the other. As such, chrismation must quickly follow baptism. This is a marked difference from other churches that practice the sacrament, such as the Roman Catholic and Anglican faiths. In these institutions, chrismation is conferred on the faithful when they are older. Soon after chrismation, the Orthodox congregants are also given their first Holy Communion.

In the sacrament, the priest anoints the person with holy oil known as chrism, which contains pure olive oil and forty sweet-smelling substances. In anointing a person, the priest makes the sign of the Cross and says, “The Seal and Gift of the Holy Spirit.” The chrism is put on several parts of the body, including the forehead, chest, and feet. Through chrismation, the congregant becomes part of the laos, or the people of God.

After baptism and chrismation, the congregant is referred to as “churched” by Orthodox leaders. Churching is an imitation of the Old Testament tradition that prescribed that male children should be presented to God in the temple forty days after their birth. As such, most Orthodox priests recommend that children be churched once they are around forty days old.

During this time, it is also common for the mother of the child to be churched as well. Also a hallmark of Old Testament tradition, churching for mothers denotes their reentry into the church after participating with God in the birth of their child and their confinement. By being churched, the mother can once again participate in communion and receive the Body and Blood of Christ.

Chrismation in the Apostolic Tradition

Orthodox scholars are quick to point out that chrismation exists in biblical teachings and is not just a church tradition. These scholars emphasize that several passages from the Acts of the Apostles note how early Christian leaders anointed their own followers with the gift of the Holy Spirit. In Acts 19, Paul lays his hands on several people, at which point the Holy Spirit comes upon them. In Acts 8, Peter and John travel to Samaria to give worshipers the gift of the Holy Spirit after they had already been baptized in the name of Jesus. Also, in the Gospel of Matthew, Christ urges his followers to make disciples of all men and baptize them in the name of the Father and of the Son and of the Holy Spirit.

It’s true that chrismation is one of the most important sacraments in the Orthodox Church. Through chrismation, the faithful are given the gift of the Holy Spirit and become full members of the church and the laos.