Written by GreekBoston.com in Greek Orthodox Religious Information, Modern Greek History Comments Off on Historical Overview of the Orthodox Church 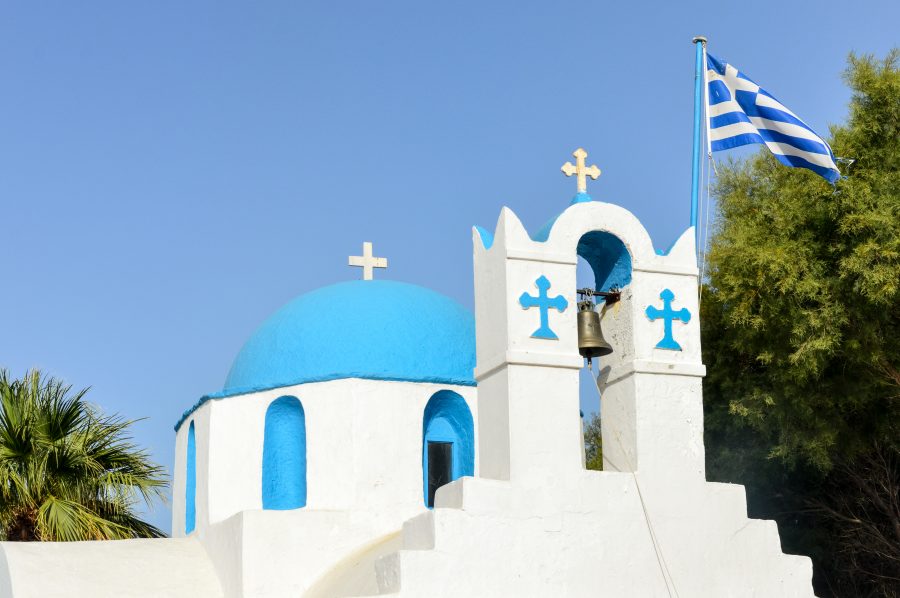 Orthodox Christianity is one of the main Christian denominations of the world. It is also the main religion in Greece and in the Greek Diaspora throughout the world. It is also touted as the original church and is said to have been set up by Jesus himself. Those who are part of Orthodox Christianity know that the services, traditions, and beliefs were established a long time ago, even while Jesus and his Apostles still walked the Earth. Here’s more information about the history of the church:

Jesus Establishes the Church at Pentacost

Fifty days after the Resurrection of Jesus Christ, His close disciples, the apostles and many other followers were gathered in a room for prayer when the Holy Spirit descended upon them in the form of cloven tongues of fire. This happened on the day called Pentecost.

Apostolic Succession is At the Core of Orthodoxy

A concept called Apostolic Succession is a big concept in the church, and it is part of the reason why the church has been able to stay intact since the beginning. In this idea, he Orthodox Church recognizes its Bishops as directly succeeding from the apostles. Before Peter left Antioch, he appointed Euodius to take over his place in Antioch. Euodius was the first apostolic successor in a line continuing to the present. The line of succession has continued since the practice began.

Get to Know the Ecumenical Councils

When Peter and Paul were in Antioch preaching, a dispute between them was settled at The Jerusalem Council, considered a prototype of the later Ecumenical Councils. Only the first seven of these Councils are recognized by the Orthodox Church that issues settled by them are infallible. The decisions rendered in these first seven Councils remain the backbone of Orthodox Christianity. These are important to the history of the church, and their significance is an important part of the church’s history.

Great Schism of 1054 Was An Important Part of Church History

The Great Schism was a pivotal moment in Orthodox Church History and its aftermath caused the Orthodox Church and Roman Catholic Church to break apart. Prior to this, the two churches were unified. Although Papal infallibility was a major issue, there were other disagreements throughout the centuries causing the rift. Disputes in the wording of the Nicene Creed, language, territorial disputes, and celibacy rules for clergy were among others.

The Crusades served initially to unite the two against their common foes, the Turks, but they ultimately led to their final separation. The fourth Crusade, between 1202 and 1204 AD, marked the final rift when the Crusaders ransacked Constantinople. Since then, there have been many attempts to reunite, but the differences appear irreconcilable.

Examining facts, there is no question that the Orthodox Church is the original Church founded by Christ, though often taught from a different perspective in Roman Catholic schools. It is a good idea to learn about its history in order to gain an understanding of the Greek Culture as a whole.