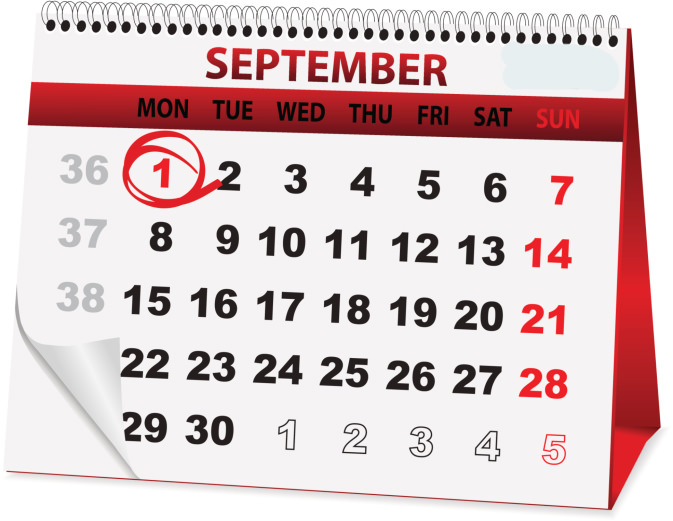 In the western world, January 1st is what we know as New Year. It is the beginning of our cycle of 12 months, closes the year for what taxes are due, and so on. The Greek Orthodox Church has a New Year too, but it doesn’t come on January 1st, but rather September 1st. why would the Church have a different concept of New Year than the “rest” of the world. Both the Church and our World follow a newer version of the Roman calendar.

Let’s take a trip down memory lane and go back to a time when there were not 12 months. The first Roman calendar used was the Calendar of Romulus, made in 753 BC, which had 10 months (March, April, May, June and the 6th, 7th, 8th, 9th, 10th months). We actually still have 7th, 8th, 9th, and 10th months as September means 7th, October means 8th, November means 9th and December means 10th. In 713 BC, Numa changed the calendar the King of Rome, adding two months January and February.

The Roman calendar remained unchanged until 46 BC when Mark Antony changed 5th month to July, then two years later 44 BC, when the senate renamed 6th month as August, named after Caesar Augustus, the emperor. This last calendar was the best attempts at a Solar Calendar, a calendar based on our movement around the Sun, where in our sky the Sun was, amounts of daylight and so forth. The Romans invented the leap day every four years, which we still primarily use today.

So as we can see, calendars are invented tools to help mark the time of year, so it is easier to organize things, like holidays. In the Menaion (the monthly book which has services for every day of the year), nothing is mentioned on January 1st for the New Year, but rather the feasts of St. Basil and the Circumcision of our Lord.

The Orthodox Church has its own calendar and its own New Year too! The Orthodox New Year is September 1st. This is the day that the Church year begins its cycle again (not in every aspect though). This has been the custom of the Church for its existence. Constantinople celebrated the New Year all the way up to its fall in 1453. An older tradition is that the world was created on September 1st. Though we may never know the actual date the first day, the church still celebrates all of creation on this day. Ecumenical Patriarchs Demetrios I established September 1st in 1989 as a Day of Prayer for creation. Demetrios was succeeded by Ecumeical Patriarch Bartholomew, who has continued this tradtion. 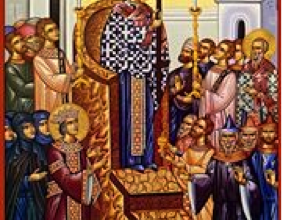 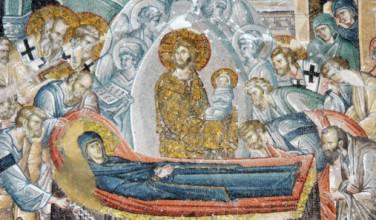